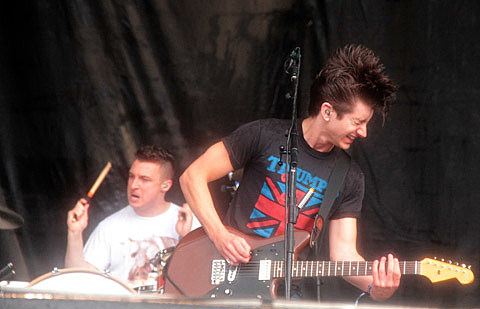 Remember how I was saying that one of the shows at Music Hall of Williamsburg during CMJ was not part of CMJ? It has now been announced:

Arctic Monkeys are pleased to announce a special registered members show at the Music Hall of Williamsburg in New York on Wednesday 19th October 2011.
U.S. fans on the band's mailing list should keep an eye on their inbox for ticketing information.
This show is limited to 500 fans.

Tickets are already on Ticketmaster, but require a password.

The Smith Westerns open the show like they are currently doing on the rest of the tour.