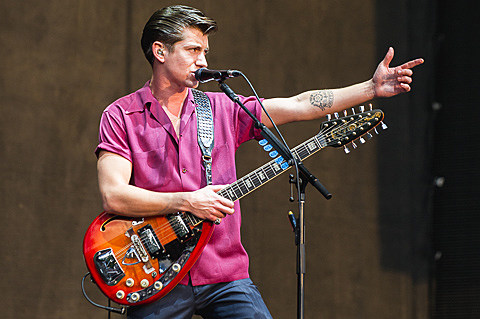 Arctic Monkeys are still living large off the success of their well-received fifth album, AM. They've been on a tour in support of it which hit NYC's Webster Hall and a number of festivals, and now they've announced North American dates for 2014 that include by far their largest headlining show in NYC yet. They'll headline Madison Square Garden on February 8, and that show (along with their 11/6 show at Boston's Agganis Arena) will be opened by Deerhunter. You may remember that in 2012, Arctic Monkeys opened for Black Keys at MSG. Tickets for the MSG show (and the whole tour) go on sale Friday (11/8) at noon.

All dates, including KROQ Christmas, are listed below...