UPDATE: They're changing it. 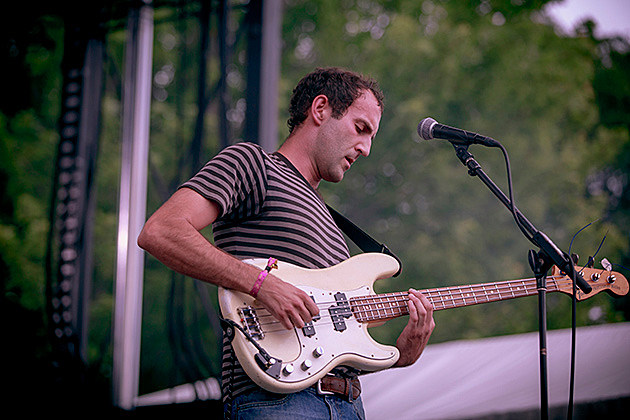 The Polaris Music Prize gala takes place this Monday (9/21) in Toronto, and one of the bands shortlisted is Viet Cong, who have been under fire this year for their controversial band name.

The most recent person to comment is April Aliermo of Toronto bands Hooded Fang and Phedre, who published a piece on Exclaim this week about their name. Here's an excerpt:

We all know people -- all of them white, mostly straight men -- who are either indifferent or ask the same thing: "What about Joy Division?"

Well, what about Joy Division? The late '70s British post-punk band named themselves after camps that held Jewish women who were used as sex slaves by Nazi soldiers. After their lead singer died, the existing members formed the band New Order, a reference to Hitler's political ideologies. In an interview with Israeli news outlet Haaretz earlier this year, founding member of both bands, Bernard Sumner, described how they just liked the way it sounded. He admitted, "Now, in my more mature years, I probably wouldn't pick it, because I know it would offend and hurt people, but back then, I was very young and well, selfish. Calling ourselves Joy Division was a bit mischievous."

The bands Gang of Four, Black Pussy, British India and Slaves are equally unacceptable names. All these bands are comprised of white men who have named themselves after something to which they have no tangible emotional or socio-political connection. All these bands chose their names because they felt it gave them an edge and liked the sound of it. (There's also no small amount of irony in using the "historical precedent" argument of previous offensive band names in the face of the real historical precedent of war, violence and extreme loss.)

Following that piece being published, an article on Yahoo suggested that Viet Cong's album should win the Polaris Prized based on the music, but it shouldn't win unless they change their name. An article on Chart Attack says it's rumored that they actually might:

This week's hot CanCon rumour, grapevine gossip and telephone game is that Calgary band Viet Cong will change their name at the gala for the 2015 Polaris Prize, for which they've been shortlisted, this coming Monday.

No official word from Viet Cong yet. Stay tuned.

Viet Cong are currently on tour with Greys and they play a POP Montreal show tonight (9/18). BV's own Bill Pearis is currently at POP and he says a lot of people are bringing up Viet Cong's rumored name change. If you haven't yet, check out Bill's recaps of day 1 and day 2 of the fest.