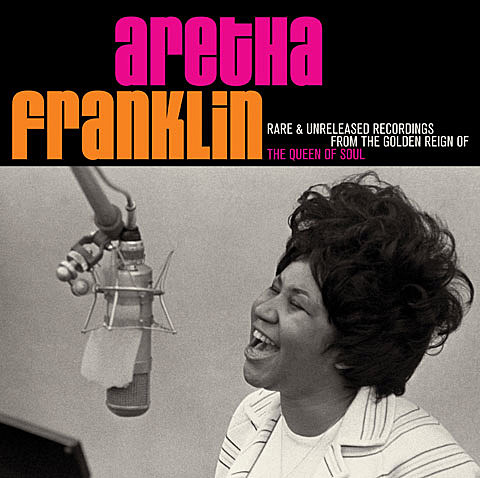 The 16th annual concert, which has honored classic artists such as Hank Williams, Leadbelly and Jerry Lee Lewis in past years, was inundated with performers past and present, all of whom had felt Lady Soul's influence on their lives and music.

But it was the show's finale that capped off the evening in a culmination of gospel-soul goodness. After show promoters insisted that Franklin was not scheduled to perform at the concert, Rock Hall CEO Terry Stewart announced a surprise to end the night, and the curtain rose on a grand black piano, with none other than Franklin herself at its keys.

Flanked by past performers of the evening, Aretha brought down the house with her rendition of Leon Russell's "A Song for You," a call-and-response number boosted by the croons of the Temptations' Dennis Edwards. Franklin especially dedicated the song to United States Attorney General Eric Holder, who attended the concert.

Following a standing ovation from an appreciative and animated crowd, Stewart beckoned Aretha to the podium, where she received the 2011 American Music Masters honorary award, as well as a key to the city by Cleveland mayor Frank Jackson. -[Billboard]

The Queen of Soul was then honored with a standing ovation, mush like I am sure she will receive at her two-night stint at Radio City Music Hall on February 17 & 18, 2012. Tickets go on sale 11/21 at 11AM.

Aretha was supposed to play two nights at Radio City in Feb. 2011, but had to cancel due to sickness. She has since played a free show in Coney Island which was also a makeup show of sorts.

All currently known Aretha dates are below.