Dallas-area singer-songwriter Caleb Campbell makes music under the name Ari Roar, taking a low key approach to writing and recording. His songs are short and uncluttered, but punchy and memorable. You can hear The Zombies and Harry Nilsson in his melodies, but there's some mid-'90s Northwest in there too (Elliot Smith, Built to Spill). Having released a couple EPs, Ari has signed with Bella Union who will release his debut album, Calm Down on May 25 (preorder). We've got the premiere of Calm Down's charming title track, which you can stream below.

Ari hasn't announce tour plans yet but he will be at SXSW this year. His current fest schedule is listed below. 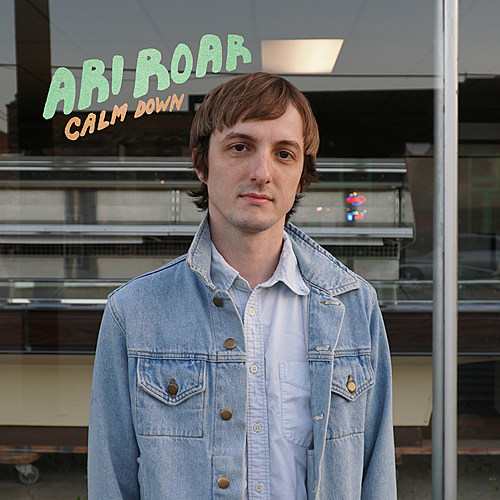 Ari Roar - Calm Down tracklist:
Calm Down
Called In
Windowsill
Lost And Found
Picked The Lock
Hidden Playground
Don't Have It
Off And On
Implode
Feeding Out The Slack
Blow Dry
In My Day
Sock Drawer
Choke
Lucky One