Ariel Pink at Webster Hall in 2012 (more by Amanda Hatfield) 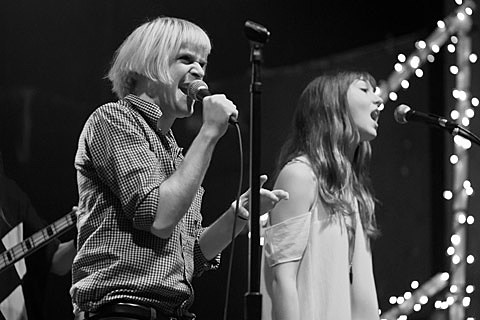 The Tibet House 23rd Annual Benefit Concert is returning to Carnegie Hall on February 21 and in addition to the previously announced lineup of Jim James, tUnE-yArDs, Rahzel, Patti Smith with Jessie Smith and, of course, artistic director Philip Glass, the lineup was just expanded to include Ariel Pink and Tenzin Choegyal.

Tickets for the concert are still available via Carnegie Hall or you can also pick up special packages that include a dinner reception with the performers via Tibet House US. Proceeds will support Tibet House US, the Hurricane Sandy Relief Foundation, and the TIbet Community of New York & New Jersey.

Ariel Pink has other upcoming dates, including Festival Nrmal, all of which are listed below...