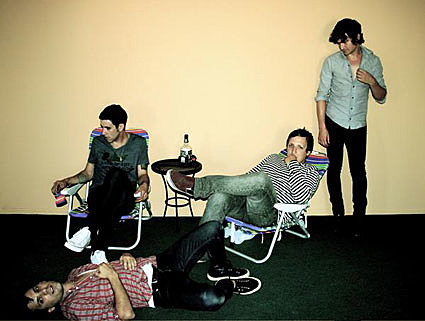 Not the most action-packed week of shows, at least as far as I'm concerned, but there's always a few worthwhile things to check out. In town this week are LA-via-Seattle band Army Navy, playing shows tonight (9/2) at Mercury Lounge and Thursday (9/4) at Union Pool. These guys mostly mine various eras of Scottish jangle, from the brittle, manic sounds of early-80s Postcard Records (Orange Juice, Joseph K) to the harmony-laden sounds of Teenage Fanclub and Cosmic Rough Riders. This is super-catchy stuff -- their self titled debut (due Oct 14) has spent a lot of time on my stereo this past week. You can download two tunes from the album at the top of this post -- they're both really good.

It was only after listening to -- and liking -- the album did I find out some interesting factoids about the band: Frontman Justin Kennedy spent his Seattle youth in Pinwheel, the "shitty punk band" that also featured Ben Gibbard; When their drummer left to pursue a screenwriting career (he's penning the Peter Berg-directed Dune redux, due in 2010), Attractions drummer Pete Thomas filled in on the stool for the album's recording sessions; and they're featured on the soundtrack to the music-obsessed comedy Nick and Nora's Infinite Playlist which you might've seen a thousand commercials for already. And they're playing this week. 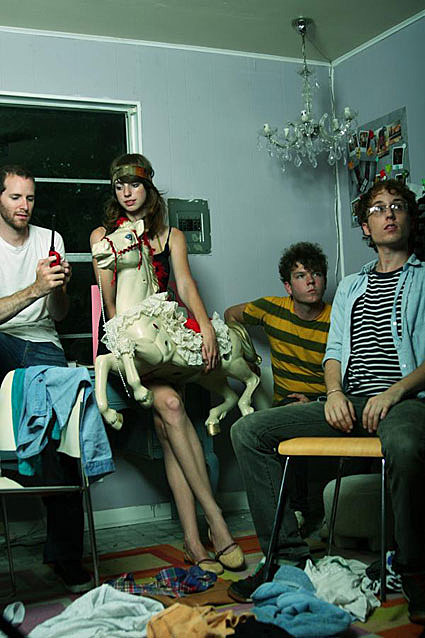 In competition with Army Navy on Thursday are Austinites Ringo Deathstarr (not to be confused with Atlanta's Gringo Starr), and also draw influence from Scottish indie rock. But in this case it's The Jesus and Mary Chain (circa "Sidewalking") and My Bloody Valentine. We're talking striped-tees-and-sunglasses shoegaze. Are they doing something new? Maybe not. But do they do it well? Definitely. Their show at Cake Shop is their only NYC show so if you're a dreampop fan, this might be a good holdover till MBV for real. 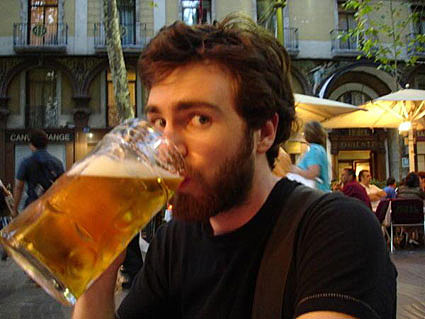 I'm not sure there's a whole lot else going on this week that hasn't already been mentioned multiple times. Liam Finn plays Bowery on Thursday and if you've never seen him before I can't recommend it much higher. He's certainly not the only performer to do the loop pedal one-man-band thing, but few do it as well or with better songs. Just wait till he gets on the drums. His album from last year, I'll Be Lightning, is fantastic. Also playing that show (and the rest of of Finn's US 2008 dates) are The Veils whose first record I liked a lot more than their most recent one but frontman Finn Andrews (who, like Liam Finn, has a notable dad, XTC/Shreikback's Barry Andrews) is also an engaging live performer.

And then there's the three free music festivals on Saturday, though it's really hard to compete with the East Village Radio Festival's killer line-up but that's just me.