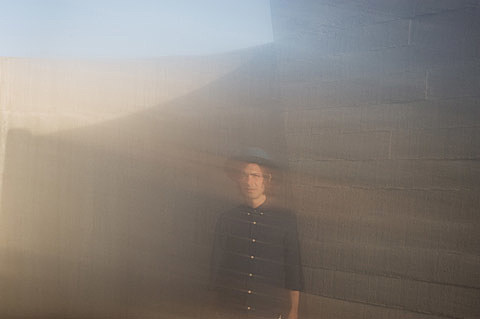 Arp (aka NYC artist/musician Alexis Georgopoulos) just released the Pulsars e Quasars EP via Mexican Summer. A mix of cosmic pop and even spacier instrumentals, the new EP falls somewhere between Slowdive and Broadcast on the shoegaze spectrum. You can check out a video for the EP's title track, plus a Rdio stream of the whole record, below.

Folks in NYC can catch Arp at Glasslands on October 15 as part of the two-night Mexican Summer celebration that also features La Hell Gang and Jefre Cantu-Ledesma. That show was originally to be headlined by Lansing-Dreiden but they have since dropped off the bill (bummer). Tickets are still available. It's Arp's only scheduled live show at the moment.

The other night of the Mexican Summer event is October 16 at Baby's All Right with Connan Mockasin, Quilt and Weyes Blood. Tickets are still available.