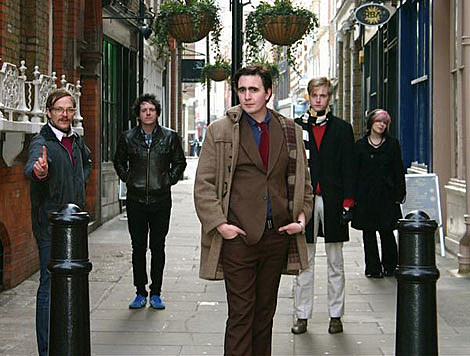 Art Brut has announced updated dates for its spring US tour, which, in addition to the band's 5 shows at the Mercury Lounge, also includes mutliple-night residencies in Chicago and LA. Tickets for the NYC shows are on sale this Friday (2/27) at noon, with AmEx presale happening now.

As previously reported, Art Brut's new Frank Black-produced album, Art Brut vs. Satan, will be released in the US on May 12th on Downtown Records.