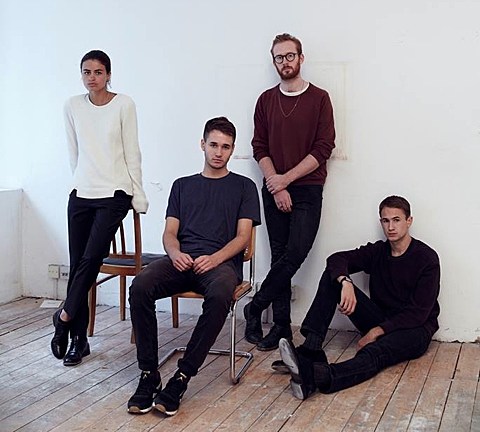 London art pop quartet Arthur Beatrice, who we profiled in 2012, have announced that they'll play their first US shows in 2014 leading up to their appearance at SXSW. Those shows include a stop in NYC at Rough Trade NYC on March 3. Tickets for that show are on sale now. All dates are listed, along with the tour flyer, below.

Arthur Beatrice put out the Carter EP this past July, and more recently returned with a new single, "Grand Union," which will appear on their debut album, Working Out, due out February 3 via OAR./Polydor Records. The band also have an upcoming film series of them performing the album in full at The White Building in London. You can check out a video of them playing "Grand Union" at The White Building, along with the song's music video, LP tracklist, a stream of the Carter EP, and list of tour dates, below... 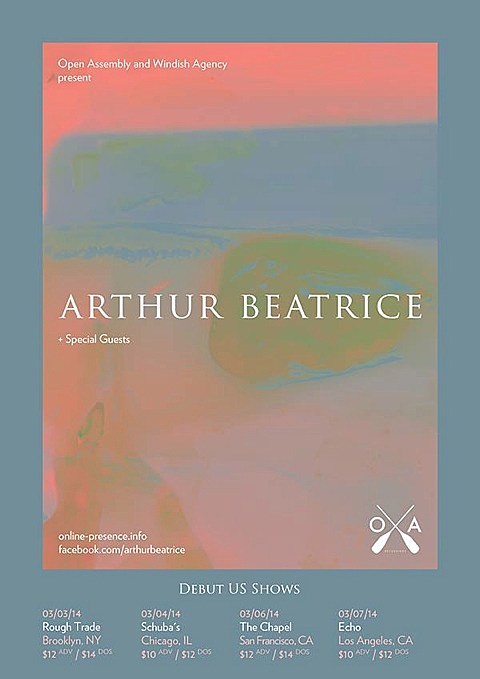