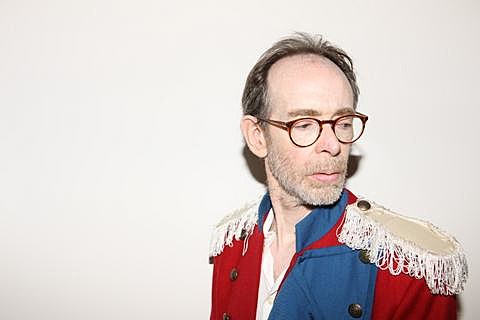 Arto Lindsay of legendary no wave group DNA, The Lounge Lizards, and pursuer of an impressive solo career, will be performing material from throughout his career in NYC TONIGHT (11/30) at the New Museum. Tickets for the show ($12 for members, $15 for non-members) are available.

Speaking of no wave legends, Lydia Lunch (Teenage Jesus and the Jerks), who played Knitting Factory earlier this month will be playing with her band Big Sexy Noise in NYC on December 17 at Bowery Electric with "Caught on Tape" duo Thurston Moore/John Moloney. Tickets for that show are on sale now.

For Thurston Moore and John Moloney, the Bowery Electric show is part of a short December northeast tour that the duo will be on, which also includes the previously discussed Brooklyn show at Union Pool on December 11 with Speedy Ortiz and Lone Wolf. All of their dates are listed below.

In other related news, Thurston's ex-wife/Sonic Youth bandmate Kim Gordon, who will guest at the upcoming, sold-out Dinosaur Jr. You're Living All Over Me show at T5, will also be a guest with John Cale (of the Velvet Underground) when he does a tribute to Nico at BAM on January 16 at the Peter Jay Sharp Building. Other guests at that show include Mark Lanegan, Sharon Van Etten, Magnetic Fields, Joan as Police Woman, Peaches, Nick Franglen, and Meshell Ndegocello. Tickets for that show are available. It's one of two shows that John Cale is doing for the BAM Next Wave festival.

A list of all Thurston Moore/John Moloney dates and some videos, below.