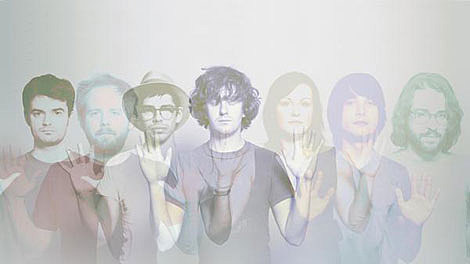 The Arts & Crafts crew will be in full force this summer. There's the new Apostle of Hustle album and accompanying shows; Olympic Island Fest in Toronto with Apostle of Hustle and label stalwarts Broken Social Scene; Gentleman Reg's scheduled dates in support of his new disc; Bell Orchestre's new album and upcoming shows (with a NYC date on April 30th); and Constantines playing Lollapalooza (with Los Campesinos!) and the Central Park Summerstage gig with EITS. All of the aforementioned acts -- minus Broken Social Scene and Los Campesinos! -- have NYC gigs scheduled, so click the links for info.

Amidst all those moves is a new album by A & C's The Most Serene Republic. Their record, ...And the Ever Expanding Universe, is due July 14th. The label is offering a free MP3 of the album's second track, "Heavens to Purgatory," if you give them your e-mail address.

Even before that album's release, the band is dropping the online-only Digital Population EP on April 28th. That EP will consist of "digital MIDI versions of tracks from the band's 2007 album Population."

And this June, you'll have a chance to catch The Most Serene Republic at two intimate NY venues (part of a very short east coast tour) -- they play the Cake Shop on Thursday, June 25th, and Union Hall on Saturday, June 27th.

All dates, an update from the band about recent line-up changes and their upcoming releases, with track lists and album art from both releases, below.....

The Most Serene Republic:

After finishing up touring Population in July of last year, we immediately began working with Producer (and now good friend) David Newfeld. This has been roughly an 8 month process which has turned out to be an amazing experience for us as a band, and personally as well. It's been a couple weeks now since we wrapped it all up, and we are very proud of the final-result. We've named this one ...And The Ever Expanding Universe. You will be able to purchase this on July 14th in stores and online.

But it doesn't stop there. On the 28th of this month we will be releasing a online exclusive EP titled Digital Population. It's a project that Ryan and Simon started working on as a fluke when Simon was scoring the entire Population album. This turned into a 5 song EP that once scored; Ryan remixed and turned into 16-bit dance tunes. If you were a fan of Population, then you will really enjoy this....It's sort of like Nintendo on Ecstasy.

Our last piece of news comes in the form of a new member to the band. We would like to welcome Adam Balsam who will be joining us on Drums and Percussion. The band's in a great place right now, we are looking forward to what the future holds in store. We are going to be getting back soon. We have a few dates confirmed listed below, and we will be doing a very special show at North By Northeast in Toronto in June. 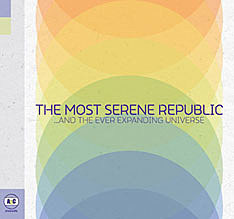 ...And The Ever Expanding Universe track listing:
1. Bubble Reputation
2. Heavens To Purgatory
3. Vessels Of A Donor Look
4. Phi
5. The Old Forever New Things
6. All Of One Is The Other
7. Patternicity
8. Four Humours
9. Catharsis Boo
10. Don't Hold Back, Feel A Little Longer
11. No One Likes A Nihilist 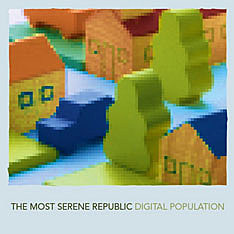