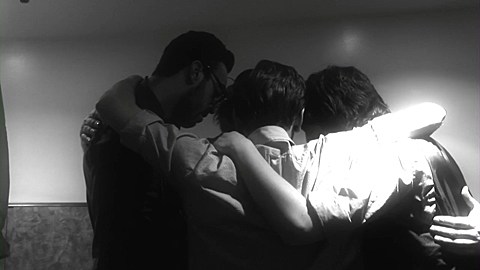 It's a pretty good time for Triple Crown Records bands. They're about to release the great new Foxing album this week and they have some old bands coming back too. Earlier this month, post-hiatus Moving Mountains put out their first new song, and now As Tall As Lions are reuniting for some shows.

They have two shows announced: LA on December 21 at The Teregram Ballroom and NYC on December 30 at Webster Hall. NYC tickets go on sale Friday (10/30) at 10 AM. LA ticket info coming soon.

They put out three albums during their initial run as a band, 2004's Lafcadio, 2006's self-titled and 2009's You Can't Take It With You. I was always personally more a fan of the more driving stuff on Lafcadio like "Break Blossom" and "96 Heartbeats," though I may be in the minority because they got most popular for the atmospheric "next Coldplay" sounds of self-titled tracks like "Love, Love, Love (Love, Love)." They were always a unique band though, especially compared to the artists they tended to be lumped in with (emo bands). You can revisit a few tracks below.

After ATAL broke up, a few of the guys formed the band Kilimandjaro and frontman Dan Nigro began a career as a professional songwriter. He's worked closely alongside Ariel Rechtshaid (who also comes from an indie rock background) and has co-written mindie pop songs for Sky Ferreira (including "You're Not The One"), Twin Shadow, Little Boots, Kimbra and the new Carly Rae Jepsen album.