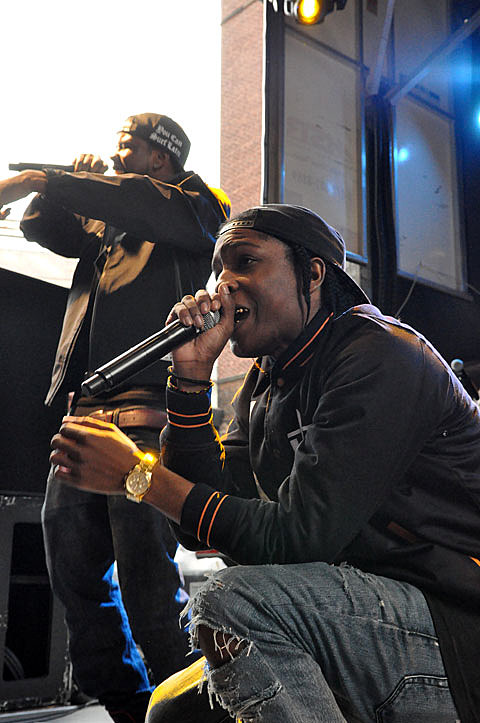 Someone who attended Fader Fort on Friday told me about this on the street Saturday night. Not much reported about it, but Ozone Mag has a description that matches almost exactly what I heard:

"Eye witnesses tell Ozone Magazine exclusively that rapper ASAP Rocky threw quite a fit after being dissatisfied with what stage he was performing at during the Fader Fort in NYC. The artist and his crew were upset that they were performing at a smaller stage which lead to them flipping over drums. When a stage hand for Fader Fort entered the stage to try and remove the drums he was jumped by members of ASAP Rocky's crew. The entire stage was trashed and the stage hand had to leave in an ambulance. For obvious reasons, ASAP Rocky ended the show early. A statement from his camp has not been released."

Did you see it happen?

UPDATE: It seems that ASAP has ended other shows in a similar manner, so maybe it was a planned dramatic ending that this time went too far?

A video of ASAP performing at FADER before the fight broke out, below...