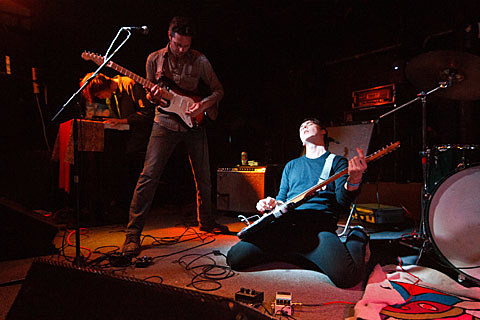 Ascetic House is an ever-evolving group of people collaborating with each other. It started off as a handful of us, but it's grown to include people in different cities and countries. I'd say the main tenet of Ascetic House is experimentation, whether it's with music or literature or video or technology or even lifestyle. It's kind of hard to put a description to, but for the most part it's a collective of people experimenting with different things. [Jes Aurelius to AdHoc]

Arizona psych rippers Destruction Unit had announced what appeared to be a one-off NYC show happening at The Studio at Webster Hall on July 3 with Drew McDowall, Alberich and Uniform (tickets), but now it's been revealed that the band, some of its members' side projects, and the Ascetic House label they're associated with are actually hanging around in NYC for a long Independence Day weekend. Destruction Unit will celebrate America's independence by playing another, smaller (and sweatier) show at Silent Barn on the fourth, and several other Ascetic House-presented shows will go down between 7/4 and 7/7 too.

Among the D Unit-related projects that will be making appearances over the weekend are Jes Aurelius' Marshstepper project, who will be part of a bill at Palisades on 7/4 with Person of Interest, Jerome, Outmode and Rosemary Arp (tickets). On 7/6 at 538 Johnson there's an early (7 PM) show with L.O.T.I.O.N., Saran Man, Ligature (ex-The Men, currently Warthog, Foreplay), Mercury Living, Appetite and Moil (tix at door), and a FREE late show (10 PM) at Bossa Nova Civic Club (1271 Myrtle Ave) with Jock Club (D-Unit drummer Andrew Flores), Bookworms (L.I.E.S.), Soren (mem Rosenkopf) and Encapsulate.

Lastly, there's also a show at Baby's All Right on 7/7 with "Lucifers Stoned Disciples" and three TBA openers. We can't find any evidence of a band with that name, any guesses on who it might be?

All Destruction Unit dates are listed, with the full lineups and flyers for Ascetic House's Independence Day Weekend, and some streams, below... 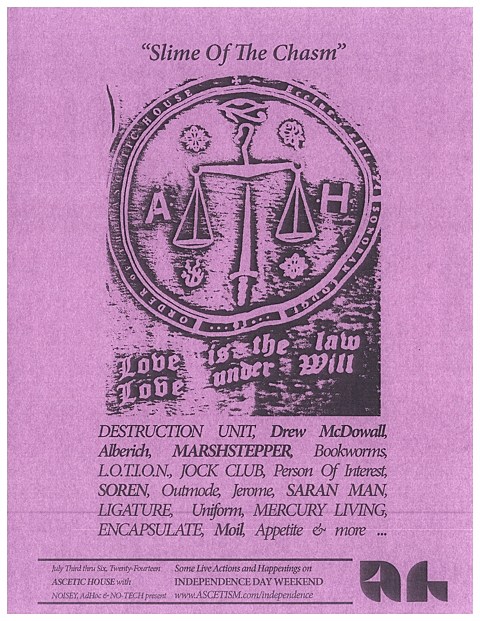 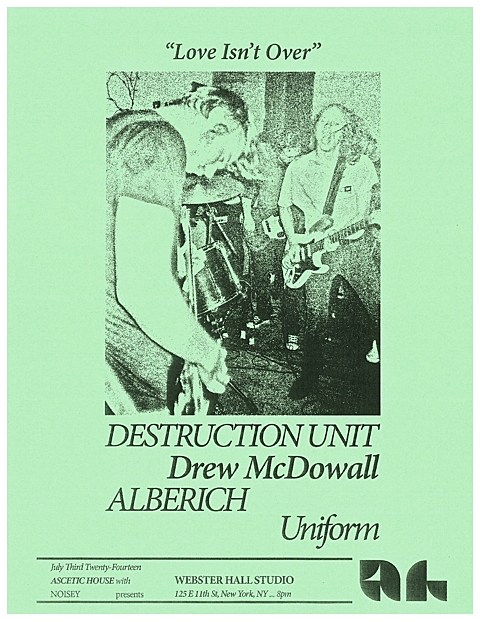 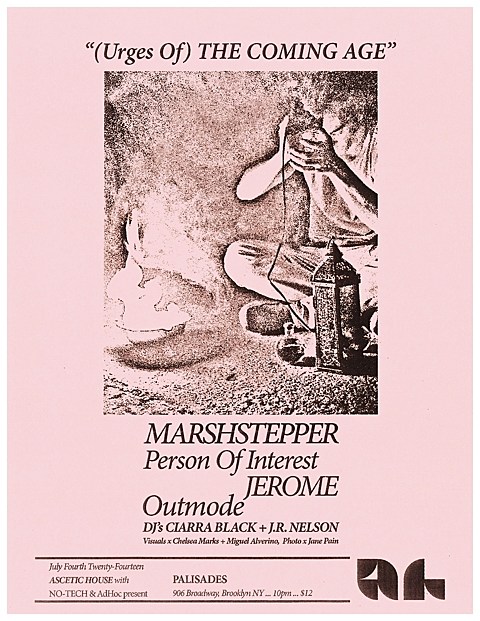 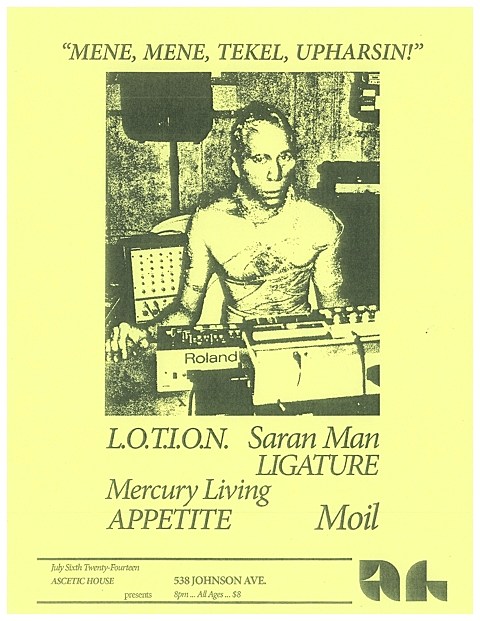 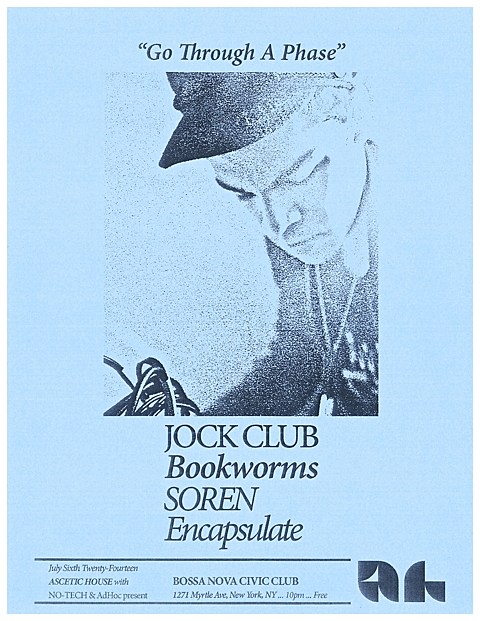