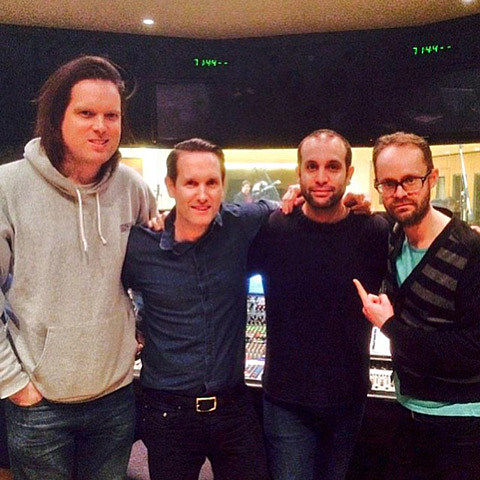 Long-running Irish band Ash vowed in 2007 that they'd never make another album, and only release singles. Well, they've now broken that promise in the form of Kablammo!, the band's first new album in eight years which will be out May 26. Pre-orders are available now. The first single "Cocoon" is a real ripper, going back to the punky, poppy style they did so well on 1977 and Free All Angels. You can stream it below.

Ash will be in NYC right after the album's release to open Ride's sold out show at Terminal 5 on June 4. The day before (6/3) they'll be at Rough Trade for a Kablammo! release show. Tickets for that show go on sale Friday (3/27) at noon.

All tour dates are listed, along with the "Cocoon" song stream, below...