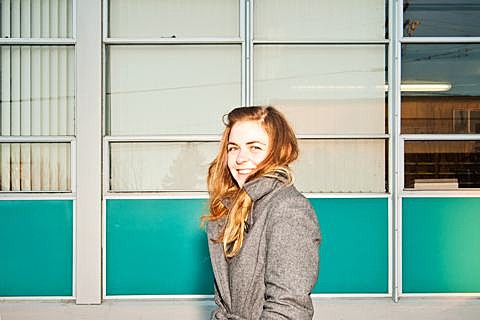 You might be familiar with Ashley Eriksson's "Island Song" and just not know it. It's the closing credits theme to Cartoon Network's very popular series Adventure Time and was originally written with her band Lake (who are still going). Eriksson has a new solo album, Colours, coming out next week (6/17) on K Records. It's delicate, pretty and just a little sad. You can stream a track and watch a video of her performing another in her Olympia, WA hometown.

Ashley is in NYC and will play Death by Audio tonight (6/10) with Yukon and Adult Mom. Tickets are $7 at the door. She's got a couple other solo shows on the West Coast too, all of which are listed below.