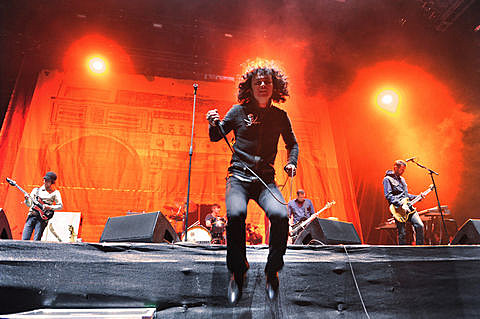 At the Drive-In briefly reunited in 2012, and lately Cedric and Omar have been busy with their band Antemasque (now including Travis Barker), but they're ready to reunite once again. Their only date announced so far is bro-rock fest Rock on the Range, which happens May 20-22 in Columbus, OH.

The rest of that fest includes Red Hot Chili Peppers, Megadeth, Lamb of God, Ghost, Wolfmother, Death From Above 1979, Clutch, Between the Buried and Me, The Sword, Code Orange and Wild Throne, but it's mostly stuff you'd want to avoid like Disturbed, Five Finger Death Punch, A Day to Remember, Bring Me the Horizon, P.O.D., Issues, etc. You can check out the full lineup here and get tickets here.