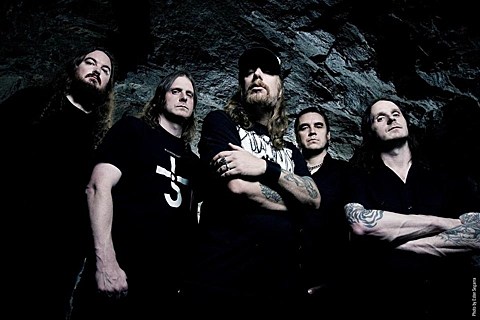 At the Gates returned a few weeks ago with At War With Reality, the followup to their game-changing melodic death metal classic, 1995's Slaughter of the Soul. Calling it a comeback would be an understatement; it sounds more like they never left. Now they've made a video for one of its tracks "Heroes And Tombs" (dir. Costin Chioreanu) that just premiered over at Noisey. Check it out below.

As discussed, At the Gates are going on the 2015 Decibel Mag tour with Converge and the AtG-related Vallenfyre. That killer triple bill hits NYC on April 12 at Webster Hall. You can still grab tickets.