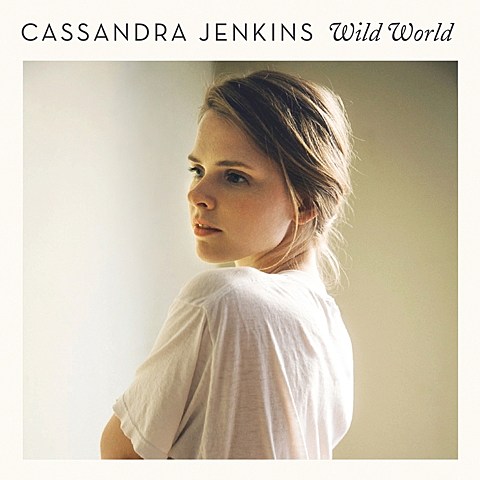 From the organization [Hypnocraft] that curated the collaboration series THE HUM comes AT THE INN -- an ongoing residency at Manhattan Inn, taking place this June through September on [mostly] the second Monday of each month. AT THE INN will explore the best of Brooklyn's music community in-the-round, and all performances will be free and open to the public.

HYPNOCRAFT has a serious fascination with the creative intersections in both the collaborative process and multi-disciplinary performances. Productions are primarily commission-based, working with artists of various disciplines with a focus on music, dance, film, and video art. HYPNOCRAFT's mission is to connect an eclectic scope of artists working in different mediums; serve as a platform for creative collaboration; bring audiences a whole new performance experience.

As the above quote points out, the people who brought you The Hum will begin a new series of free shows at Manhattan Inn in June. The first one happens Monday, June 8 with Pavo Pavo, Alpenglow, Cassandra Jenkins and My Bubba. It starts at 8:30 PM.

Pavo Pavo, who used to be called Plume Giant, recently put out a new single "Ran Ran Run," which precedes their album, Young Narrator In The Breakers (release date TBA). The band shares members with San Fermin and Sam Cohen's backing band, and some have collaborated with Dave Longstreth and Luke Temple of Here We Go Magic. You can hear that single below.

Alpenglow, whose 2014 EP we wrote about here, also play a NYC show on Saturday (5/30) at Mercury Lounge with All Forces, Steady Sun and Toebow (tickets).

Cassandra Jenkins, who sometimes plays with Eleanor Friedberger, also played one of the installments of The Hum this past April which we posted pictures of. She recently recorded a cover of Cat Stevens' "Wild World" with Delicate Steve which you can hear below.

Flyer for the first installment of At The Inn, also below... 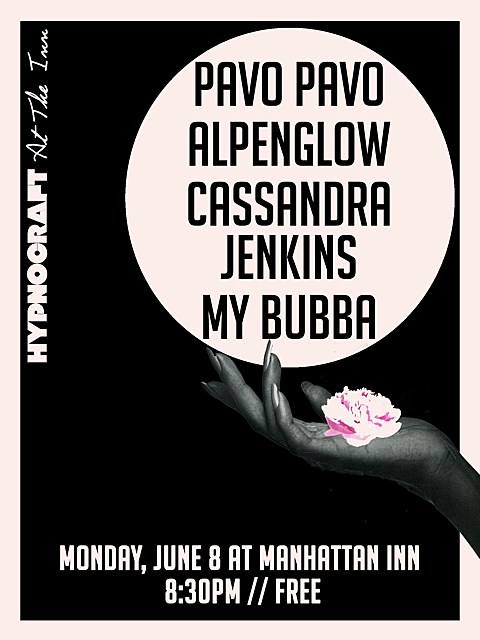