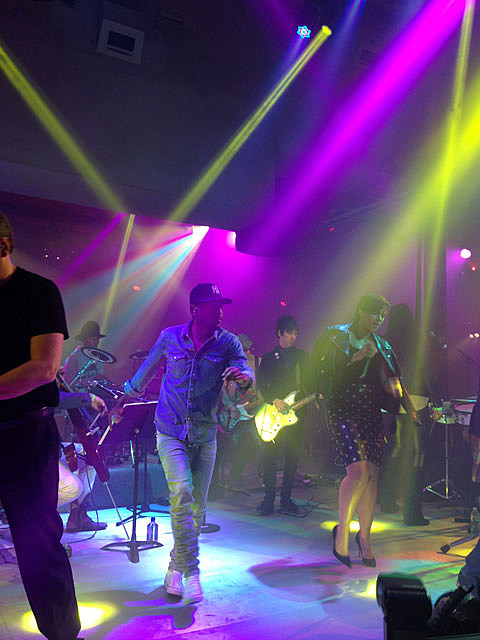 As you may have caught on our Instagram last night: "Holy mother. Supergroup of the year? Hans Zimmer. Kendrick Lamar. Alicia Keys. Johnny Marr and Pharrell Williams on drums jamming here at the Spider-Man 2 afterparty at Moynihan Post Office Station." The seemingly random group actually all appear on the new movie's soundtrack (Phosphorescent is on there too). Johnny Marr, who also worked with Hans Zimmer in the past, in particular told us about his role in a recent interview we did:

Spider-Man happened because Marc Webb and Hans invited me to do it. Right now we're in the thick of it. I'm sure it will turn out well, because Marc's an inspired person. It's a fun film as well. Of course it's very different from what we did with Inception, but me and Hans have kind of got a thing now. We have a sound that, funny enough, seems to be popping up in a few other movies. For the longest time you wouldn't hear guitar on film soundtracks. Inception seemed to kind of break that mold. I'll be going back there after this tour's finished to continue working on Spider-Man. From a working point of view, it's a very different discipline to writing rock songs and running a band. Mostly because you're given an emotional remit, and I actually really like that. I don't see it as a limitation at all. If anything, it makes things very clear. The great thing about doing movies is that you immediately know when it's wrong.

The band was called Hans Zimmer and the Magnificent 6 and was introduced by Jamie Foxx after Jamie and Pharrell performed "Happy" for the VIP crowd. They jammed on the instrumental tracks and then brought up Kendrick and Alicia for their new song from the movie and soundtrack. A few more pictures and some related videos below... 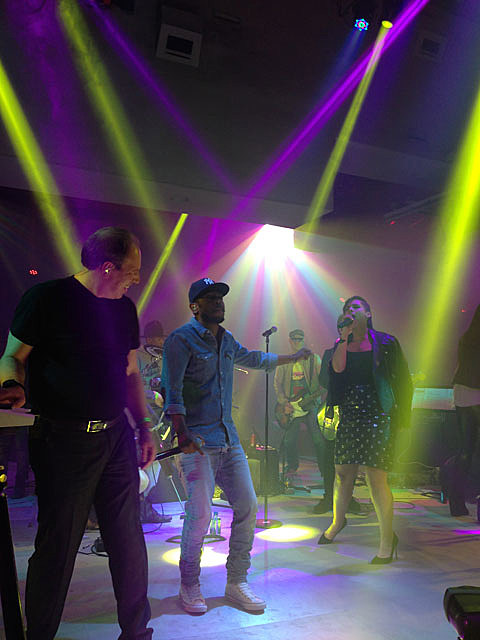 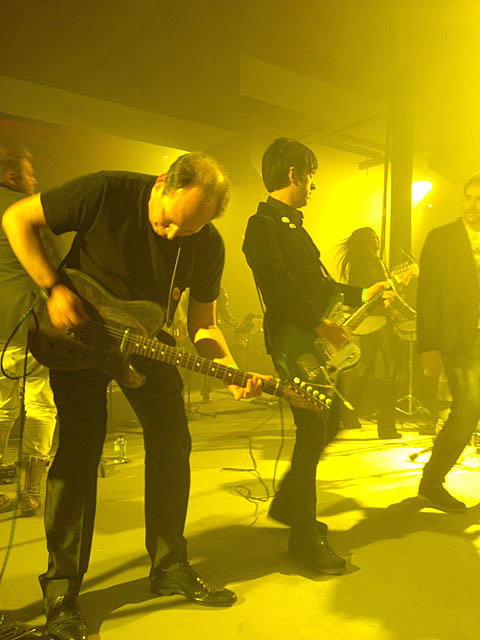 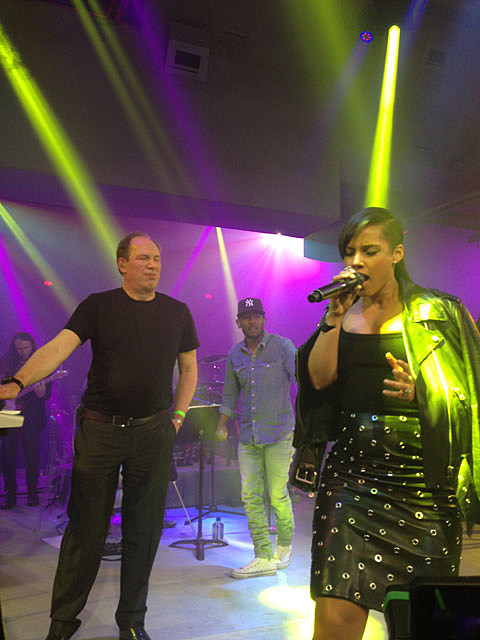