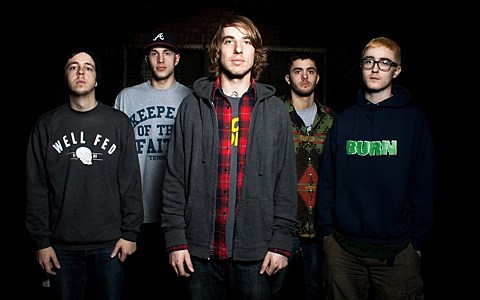 Atlanta hardcore band Foundation have been around for almost a decade, with one proper full length and a handful of EPs to their name. Back in April, they announced they'd be breaking up after some final shows, which included festivals such as This Is Hardcore, Wrecking Ball, and the upcoming Not Dead Yet. At Wrecking Ball they also squeezed in an after party with Title Fight, at which both bands reportedly crushed.

Now they're saying their final show will be in their hometown on April 30, 2016, and they've announced tour plans leading up to that. There's no NYC show, but if you live here and want to see them before they call it quits, you can catch the nearby Long island gig on December 11 at a TBA venue with King Nine and Criminal Instinct. All dates are listed below.

They also revealed that before they split, they're putting out one last EP, Turncoat, on Halloween. Its lead single is called "Failure Breeds Failure," and its pretty awesome, a ripping, riff-heavy slab of metallic hardcore fury. It features guest vocals by Anderson Bradshaw (The Promise/Another Victim/Terrible Mistakes Podcast), and you can stream it below.