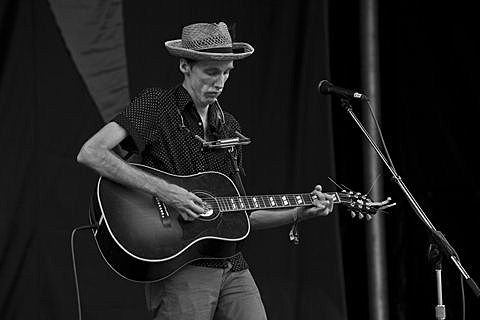 We recently mentioned that Deerhunter singer Bradford Cox is bringing his Atlas Sound project to NYC for this year's Downtown Music Festival in October (with Kiesza, Avey Tare, Autre Ne Veut and others), but he'll be in NYC sooner than that. He's playing the next installment of Noisey and Jansport's Bonfire Sessions at Brooklyn's Greenwood Park on Saturday (9/13) from 5-11 PM (555 7th ave in South Slope). It also includes Real Estate side project Ducktails (who also play tonight [9/11] at Baby's with The Stevens) and Mas Ysa. Totally free and RSVP is open now.

This show and Downtown Fest are Atlas Sound's only announced dates at the moment. Check out a video and the show flyer below... 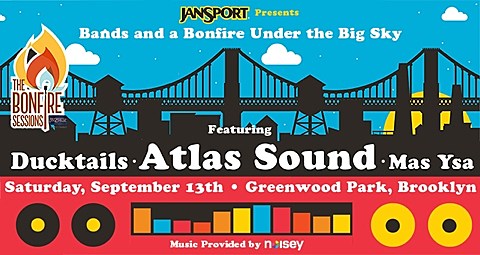