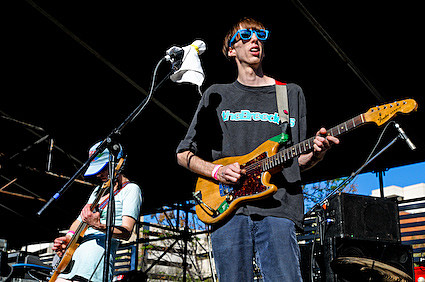 Friday April 11th @ LOCATION TO BE EMAILED TO TICKET HOLDERS

My first guess for "secret longtime buds band" was Black Lips, but they're on tour in Europe. Bradord is definitely "friends" with Grizzly Bear, but I don't know about "longtime", so my new guess is Yeah Yeah Yeahs, but maybe that's just wishful thinking. I was also thinking maybe Deerhunter, though I'm not 100% sure why they wouldn't just say Deerhunter. Maybe it's because Deerhunter aren't supposed to play any other advertised shows before their next one in Brooklyn. Any other ideas?

I ended up seeing Atlas Sound twice at SXSW - first at the Pitchfork Party and then again the next day at Mess With Texas. Both were pretty good. Ryan Muir saw them at Mess With Texas too. More of his photos below.... 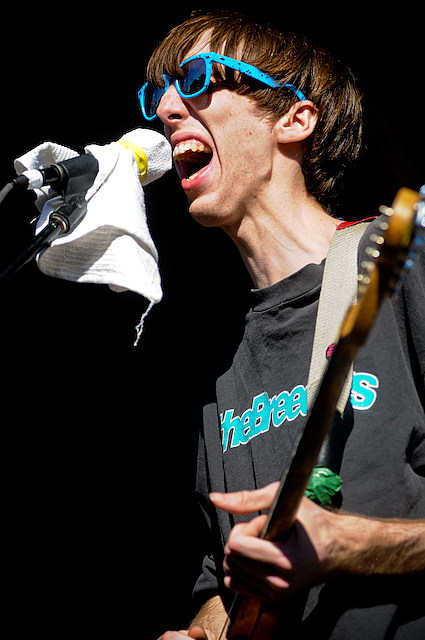 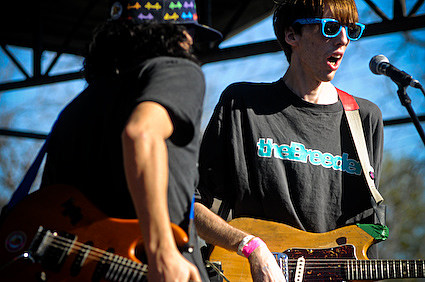