Atmosphere at Outside Lands 2014 Soundwave tent 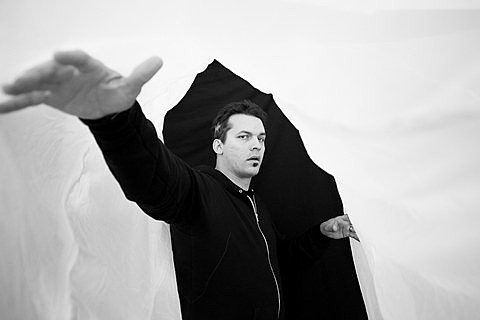 Minneapolis rap duo Atmosphere are going on a long international tour in the fall in support of May's Southsiders. An August/September North American run was already announced, and now they've added a November leg surrounding their appearance at Fun Fun Fun Fest. The tour hits NYC at Terminal 5 on November 16. Support on that date and most others comes from Prof, Dem Atlas and DJ Fundo. Tickets for the Terminal 5 show will go on sale Friday (8/15) at noon with an AmEx presale starting today (8/13) at noon. All dates are listed below.

This past weekend Atmosphere played the Outside Lands festival in San Francisco where we were set up in the Toyota Soundwave tent, taking portraits and conducting fan Q&As among other things. Pictures from Atmosphere's visit to our tent are in this post.

Atmosphere also just put out a video for the title track of their new LP. Watch that, with the list of tour dates and more pics, below... 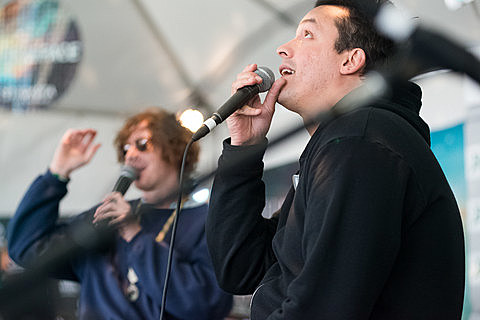 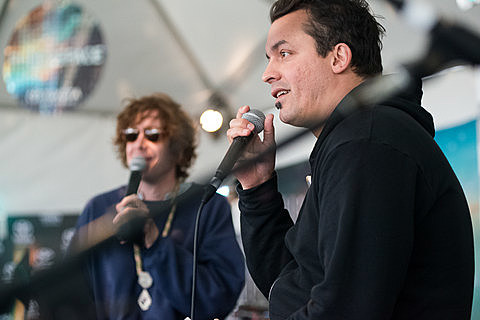 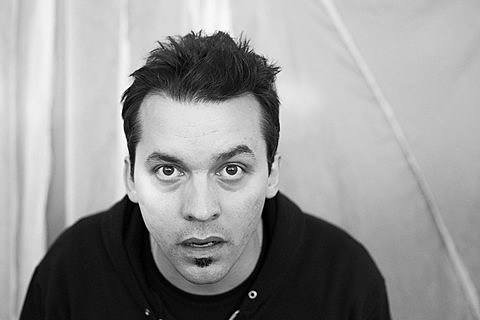 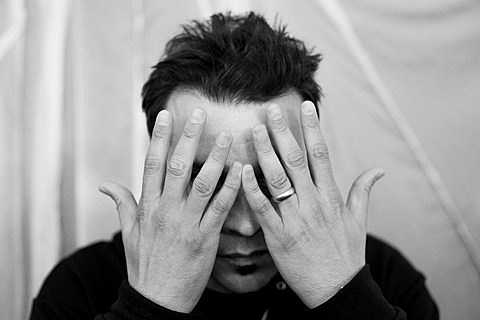