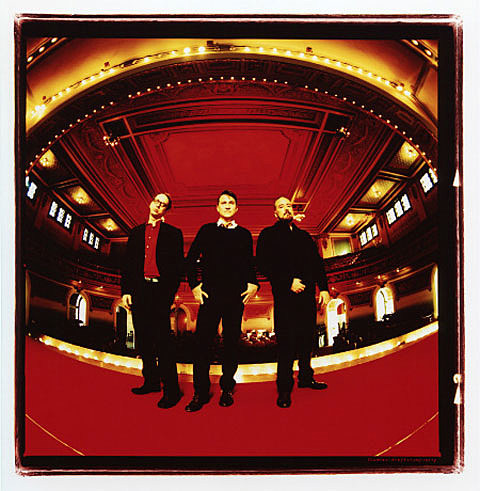 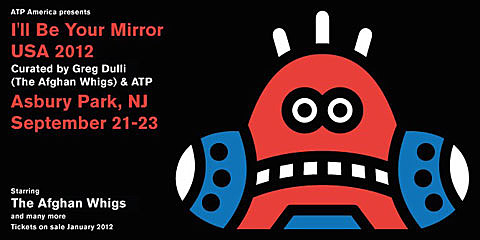 ATP are very pleased to confirm our return to Asbury Park, New Jersey USA with a new I'll Be Your Mirror event, the Saturday night of which will be headlined by The Afghan Whigs (who have reunited after a 13 year hiatus) and curated by their frontman Greg Dulli. Formed in 1986, the bands career from then until 2001 saw them release six critically acclaimed albums during their career. Fusing classic rock with grunge-era distortion and a heavy soul influence, The Afghan Whigs were one of the most renowned live bands of their time and ATP is excited to be a part of this long awaited reformation.

We are also very excited to present Grammy Award winner LOUIS C.K. (handpicked by Greg Dulli) who will be making a rare festival appearance, the fantastic THE ROOTS, JOSE GONZALEZ, a show from the reformed THE MAKE-UP and many others, see below for full line-up confirmed so far.

After previous years in upstate New York, ATP moved to the iconic Asbury Park waterfront in 2011 for a hugely successful I'll Be Your Mirror event co-curated and headlined by Portishead, and we are very happy to return to this very special location in September. The Convention Hall has seen the likes of Black Sabbath, Led Zeppelin, The Doors and Rolling Stones grace its stage and the Paramount Theatre has welcomed stars such as Tony Bennett who often insists on playing a song with all the electrics turned off to demonstrate the amazing acoustics of the room. Once again the ATP experience will be taking over the boardwalk, with the main shows taking place at the Convention Hall and Paramount Theatre, and other events happening at the Berkeley hotel (former home of Johnny Cash).

As well as the live music line-up of 35+ acts across the weekend, Friday will feature a Comedy stage, and we're very pleased to announce that our friends at The Criterion Collection will return to run the Cinema across the weekend. All three days feature DJs and other activities to be confirmed in the months ahead. Performances take place indoors with great soundsystems, so you have no need to worry about the weather, and Asbury Park is easily accessible via public transport from nearby cities.

Tickets, which were slightly delayed from original estimates, go on sale Monday at 10am (but are on PRESALE NOW). Initial lineup below...

Asbury Park has a wide variety of accommodation options. The Berkeley Hotel where we will host the Cinema and DJs has some rooms available which will go on sale shortly, first to ATP members and then to early Festival ticket purchasers who we will contact after they have booked. A few blocks further down the boardwalk there is the Empress Hotel, or a few blocks further into town, the Ocean Plaza Hotel or The Tides Hotel. There are many many more options in town and the local area, with a large list available on the on the ATP website.

Trains: Asbury Park station is an easy train journey from New York Penn station - trains run back to NYC until just after midnight (IBYM headliners will finish in good time before the last trains) and start again at 5am the next morning . Trains run direct from Newark International Airport down the North Jersey Coastline to Asbury Park. Check the New Jersey Transit website for more info on connections to other areas of New York and New Jersey: http://www.njtransit.com ATP will operate shuttle buses from Asbury Park station to the main venues and back.