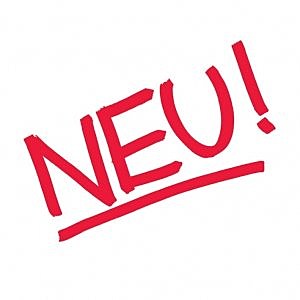 Tickets to all days are on sale.

Both of Neu!'s founding members, Rother and now-deceased Klaus Dinger, were also members of Kraftwerk. "Hallogallo" is the name of track #1 on Neu!'s debut Neu...

"The legendary German group NEU! released only 3 albums between 1972 and 1975, but these albums had an influence wildly disproportionate to their modest commercial success; praised by and influential to David Bowie, Hawkwind, Iggy Pop, DEVO, Sonic Youth, Stereolab, Autechre, Radiohead, U2, Wilco, Primal Scream, and beyond. In May 2010 Gronland Records [released] a box including these three LP's and an incredible batch of bonus material. Also this year will be the first live presentation of this music in more than 35 years as 'Hallogallo 2010.'"

The new Saturday additions join Friday's Don't Look Back lineup (Friday will also feature a Comedy Stage, details TBA) of Iggy & The Stooges, Sleep, Mudhoney and The Scientists (doing their first US show), Saturday's Sonic Youth, Explosions In The Sky, The Breeders and Tortoise, and Sunday's Jim Jarmusch-curated lineup (which just added the Greenhornes, but dropped Brian Jonestown Massacre who were previously announced for the festival but canceled).

The current lineup for all three dates is posted below...

All three days will also feature DJs and Cinema presented by Criterion. This year the bars, food vendors and Djs will continue until 6pm on Monday 6th September so that all guests can enjoy a more relaxing start to their post-ATP week.

Accommodation at Kutshers is now sold out. Limited rooms for groups 4 are available at the nearby Raleigh hotel (we operate a free shuttle bus between the hotel and festival site all weekend). Rooms are priced at $150 + room tax per person, full information available at atpfestival.com.

Weekend and Day Tickets, Accommodation and Bus Travel from Manhattan and Brooklyn are available now via www.atpfestival.com

Tickets are also available now in person from Other Music in New York City and Aquarius Records in San Francisco.