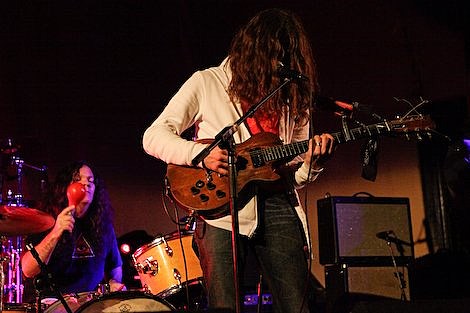 It's almost final and official, ATP New York is ruling. The best Hudson Valley festival to ever be held in a 1960s time capsule has announced the "final additions" including two comedians chosen by Syd Butler of Les Savy Fav (more to come... that's all "so far"), as well as a few new and interesting additions to the Jim Jarmusch curated date. Behold:

This year Syd Butler of Les Savy Fav... is curating the comedy stage and he has chosen the following comedians so far for Friday September 3rd.

...Joining the already eclectic mix we have on Sunday September 5th curated by Jim Jarmusch we're happy to confirm:

For those of you counting at home, the final lineup for ATP NY 2010, as well as the badass flyer, is below.