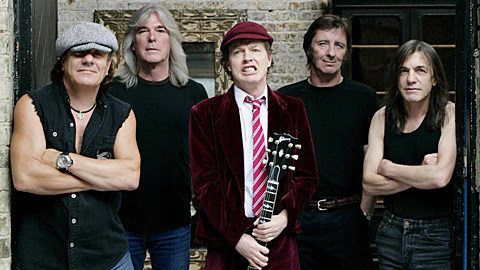 We posted about AC/DC drummer Phil Rudd being charged with attempting to hire a hitman to kill someone. Those charges have now been dropped due to "insufficient evidence" but prosecutors will still go forward on the drugs and threatening-to-kill charges. From the New Zealand Herald:

A spokeswoman for Tauranga Crown Solicitor Greg Hollister-Jones confirmed this afternoon the charge had been withdrawn after Rudd's lawyer, Paul Mabey QC, issued a statement announcing the sensational U-turn by authorities.

Rudd, 60, appeared in court yesterday after police raided his home in Tauranga. He was accused of attempting to hire one person to kill two others, and of threatening to kill another. He was also charged with possession of methamphetamine and cannabis.

Mr Mabey said: "I was advised by the Crown Solicitor Hollister-Jones that he had reviewed the police file and the available evidence to support the charge of attempting to procure murder. He had formed the view that there was insufficient evidence to justify that charge. He has now withdrawn the charge."

This afternoon, the man who was named in court documents as the "intended hitman" told the Herald he believed the matter had blown out of proportion. He described himself as a "family man" - not a hitman - and said it was "good" the charges were dropped.

But he did not blame police, who he said were just doing their job.

The man questioned whether any suggestion of a murder plot by Mr Rudd, whom he considered a friend but had not spoken with since charges were laid yesterday, was simply "hot air".

You can read Rudd's lawyer's full statement here. AC/DC told Rolling Stone they didn't know about the charges until they read them in the press, and it will not affect the release of their new album, Rock or Bust, which is out December 2.