ARS with a "French KISS" in Vancouver (via @AuRevoirSimone) 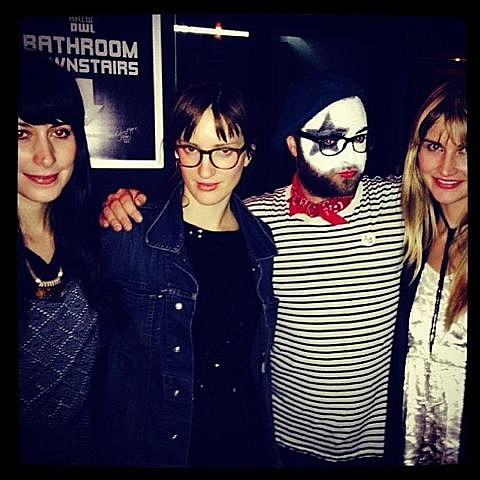 Tomorrow (11/2) is the first Saturday in November which means it's the monthly First Saturdays event at Brooklyn Museum with free admission and live music. Au Revoir Simone, who released Move In Spectrums in September just played a couple CMJ shows, will play (5 PM) along with Tamar Kali and Watermelon. Again it's free and open to the public.

Au Revoir Simone's next NYC show will be part of the family-friendly Kidrockers afternoon concert series, which returns to Brooklyn Bowl on November 17. Ski Lodge play as well, with hosts Seth Herzog and Roger Hailes, and tickets for that show are on sale now.

The next Kidrockers show after that is December 15 at Brooklyn Bowl with Small Black and Radical Dads (Herzog and Craig Baldo host) and tickets for that show are on sale now as well.