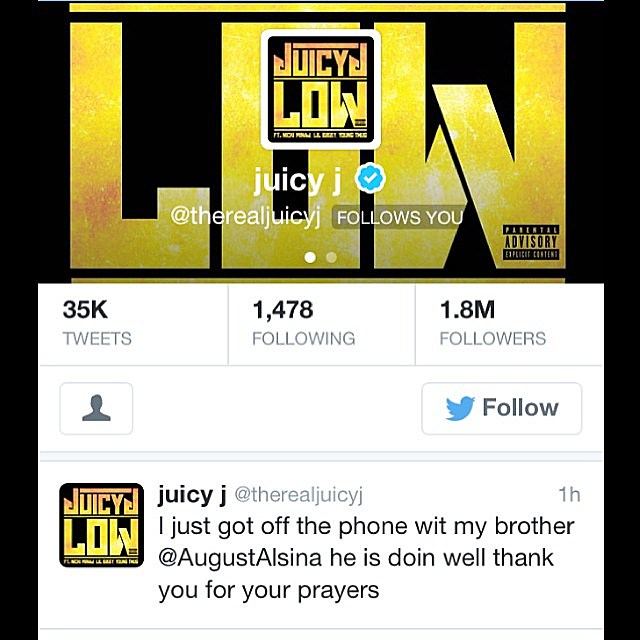 "Usher is preparing for his upcoming North America trek, dubbed the The UR Experience Tour, however ticket sales reportedly have been lackluster.

Sources tell the New York Post's Page Six that the crooner's 27-city outing is said to have sold only a small portion of the available seats.

"Usher's sales will be fine in New York, Los Angeles, Chicago and Toronto, but he's selling so badly in other markets that the good ones can't offset the bad ones," says one source.

In addition, tour promoter Live Nation could potentially lose $5 million due to soft ticket sales, which some insiders attribute to the lack of a strong opening act -- August Alsina and DJ Cassidy are currently on the roster." [ABC]

August Alsina can't catch a break. The up and coming R&B singer recently collapsed on stage at Irving Plaza in NYC, as you can see in the scary video below. He then spent two weeks in the hospital before being discharged. The exact reasons for the fall and hospital stay are unclear, though TMZ says he later had seizures and ended up in a coma. "August's rep tells us doctors are prescribing lots of rest before he attempts the tour [with Usher]. We're told the seizures were the result of a head injury when he fell -- and August doesn't need medication."

Usher's NYC show is at Madison Square Garden on 11/7. More dates at his site. Irving Plaza fall video below...

-
August Alsina falling off the stage at Irving Plaza