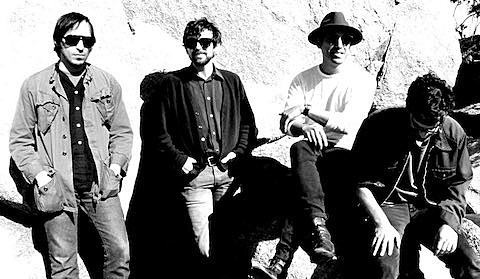 Austin's Hidden Ritual have been around since the early part of this decade, making moody, groovy psych-rock that you wouldn't call goth, but it is gothy, in the same way that the first two Echo & the Bunnymen albums are. (The Fresh & Onlys work in a similar sonic milieu.) The band will release their debut, Zebra Bottle, on cassette via Monofonus Press on Friday (10/23) and if you dig that early Bunnymen sound, or the gentler side of early '80s post punk, you will likely be into this. A stream of the whole album premieres in this post and you can listen below. The band will have a second release out in early 2016, so look out for that.

Hidden Ritual, some of whom play in Bill Callahan's backing band these days, have a couple Austin shows this week and those dates are listed below.