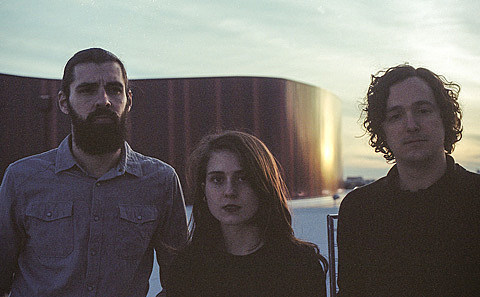 Austin's Reservations began as a folky duo of Jana Horn and Paul Price, having released a self-titled EP in 2012. Since then they've added drummer Jason Baczynski and have just released their debut full-length, Taking Time. With a smoky/dusty sound, you can draw comparisons to Widowspeak or Sharon Van Etten, but Reservations are doing their own thing too. It's well worth checking out and you can stream the whole album (via Popmatters) below.

Reservations have been on tour this week with Good Field -- fronted by Reservations' Price -- and wrap things up with two NYC shows: Wednesday (7/29) at Littlefield with Users and David Moss and Friday (7/31) at Trans-Pecos with Big Thief and Tiny Hazard. Tickets to both shows are on sale now.