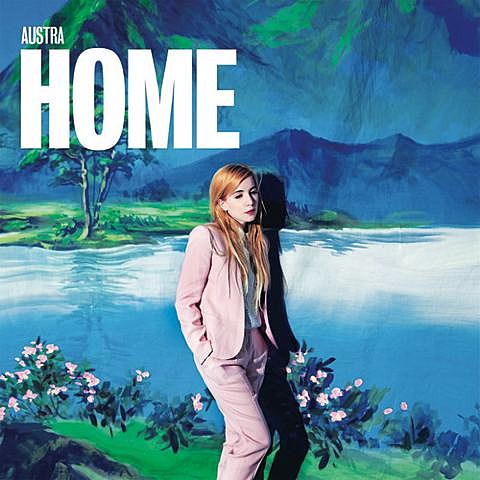 Austra has announced their sophomore album, Olympia, which will be released on June 18 via Domino. Unlike 2011's Feel it Break, which was made primarily by Katie Stelmanis alone, Olympia was a band effort with all instruments played live in the studio with no programming or loops used. Drummer Maya Postepski (also of TRUST), had a big hand in shaping the sound of the new album. "There is a major percussive element running through every song," says Stelmanis. "This is the album where we discovered rhythm." You can check out "Home" from Olympia below.

Austra, who was here recently opening for The xx, will be premiering Olympia material at SXSW next week, including a visit to our Saturday (3/16) day party at the old Emo's space. Austra have also announced a few American live dates around the release of the album, including one in NYC at Music Hall of Williamsburg on June 20. Tickets for that show go on sale today (3/7) at noon. All Austra tour dates are below.