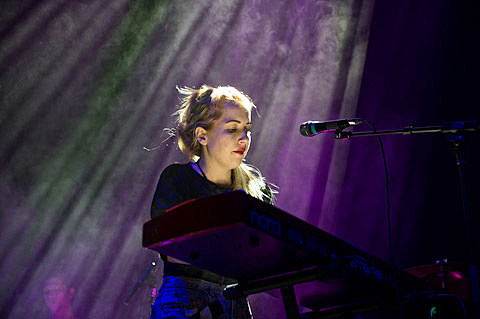 As mentioned, Austra are releasing a new album, Olympia, on June 18 via Domino/Paper Bag. The band just made a video for the album's excellent single, "Home," and have also announced a new string of tour dates. The new dates see Austra coming back to NYC for a show on September 22 at Webster Hall with DIANA. That show happens about three months after their previously discussed NYC show on June 20 at Music Hall of Williamsburg with Mozart's Sister. Tickets for the MHOW show are still available, and tickets for the Webster Hall show go on sale Friday, May 10 at noon with an AmEx presale starting Wednesday (5/8) at noon.

Updated dates are listed, along with the new video, below...