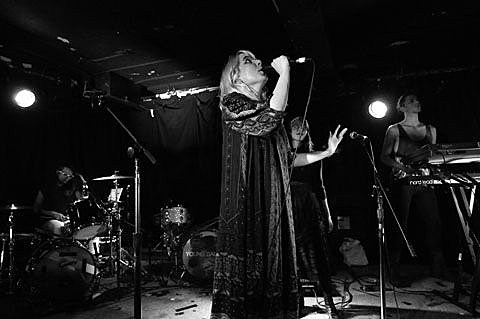 Currently on tour in Europe, Austra just announced some select North American dates, including September 19th at Music Hall of Williamsburg. Tickets for the Brooklyn show go on AMEX presale at noon on May 16th and regular sale on Friday. All dates are listed below.

In between the European and North American shows, Katie Stelmanis will take a break while her bandmates tour with TRUST (who are playing shows with Light Asylum, including a 7/8 date at Music Hall of Williamsburg).