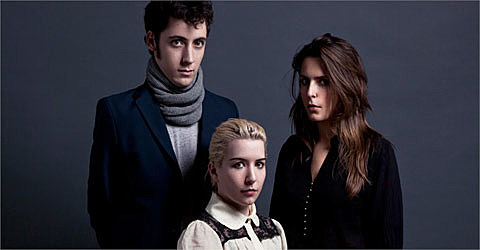 The last time Austra played New York was the tail end of last year at Glasslands with Diamond Rings. We didn't realize it at the time, but the Toronto trio has signed with Domino Records in most of the world (Paper Bag in Canada) and have since created quite a stir with their dark, danceable first single "The Beat and The Pulse" (downloadable above) and its accompanying NSFW video (watchable below). Austra are back in town this weekend, playing Santos Party House on Friday (2/25) and Glasslands on Saturday (2/26) . Tickets are still available for both shows.

What a lot of people might not realize yet is that Austra is the new musical endeavor of Katie Stelmanis who featured on Fucked Up's The Chemistry of Common Life, and whose fine 2008 album Join Us went largely unnoticed on either side of the Canadian border. Katie played one of our SXSW day shows last year, where she played with her short-lived group Private Life. Dropping the guitarist, Stelmanis and the other two members of Private Life morphed into Austra... who we're happy to report will be playing a BrooklynVegan day show in Austin this year too, in addition to the Domino showcase they're playing on 3/17 at Emo's with King Creosote, Owen Pallett, Cass McCombs, Anna Calvi, and The Kills.

That said, Austra's debut album, Feel it Break, was mostly recorded by Stelmanis alone and mixed by Damian Taylor (Bjork, Unkle). Comparisons to The Knife, Bat for Lashes and Zola Jesus (who she's played with) are not unwarranted but it should be said Katie's been working in this musical milieu from the start, and this new danceable direction seem like a logical progression. And there's no denying "The Beat and the Pulse" is a pretty kick-ass track. We'll have to wait for May 17 to hear the rest of Feel it Break, unless you go see Austra live, of course.

In related Domino artist news, Anna Calvi has a few shows in NYC in early March, The Kills are playing Terminal 5 with Cold Cave, Owen Pallett is playing The Ecstatic Music Festival.

Austra LP details, tour dates and the NSFW video are all below. 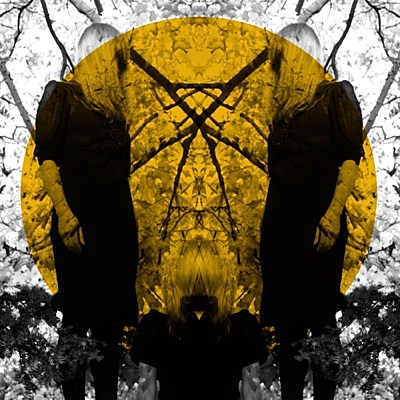