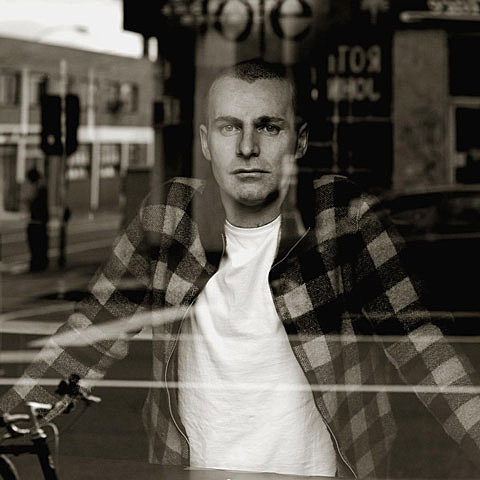 Jacky Winter, the Australian musician (not the Australian bird), did solo gigs and was a guitarist-for-hire for years until he discovered The Wu-Tang Clan. He became obsessed with 36 Chambers, Only Built for Cuban Linx and Liquid Swords and it changed his whole way of thinking. No, he didn't become a rapper, but he bought an MPC and began making beats, radically altering the way he put together music. Jacky came to NYC over the course of a few trips to worth with Matt Verta-Ray (Jon Spencer Blues Explosion / Dirtbombs) in his studio NY HED.

The result is The Nails EP which is out November 6 via Very Rare Animals. We've got the premiere of "Half of It" which features Brendan Huntley of Eddy Current Suppression Ring on backing vocals. Here's what Jacky has to say:

Brendan Huntley from Eddy Current Suppression Ring and Davey Lane from You Am I wrote this song with me. Brendan wrote the lyrics, Davey and I made the groove. Backwards, tumultuous, yet big and warm. As Brendan told me, It's a glass half empty, glass half full kind of song. Take it either way you like.

Have a listen below.