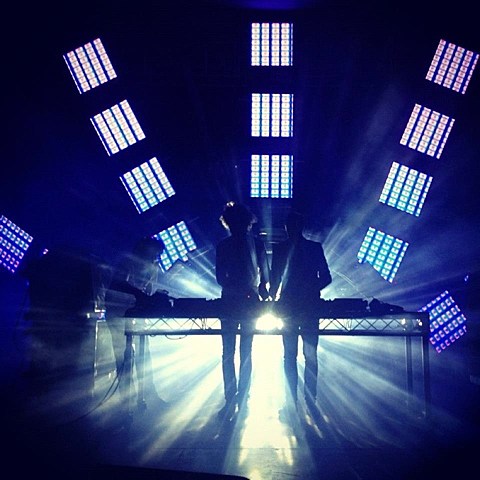 Australian production duo Flight Facilities (aka Hugo & Jimmy) have been releasing singles with different guest lead vocalists for the past few years. In 2010, they surfaced with "Crave You," a Bird and the Bee-esque indie pop tune with vocals from Giselle Rosselli, followed by 2011's disco-y "Foreign Language" with vocals from Jess Higgs. Then last year saw two more tracks from the band, the poppy "With You" with vocals from Grovesnor, and the darker, expansive cut, "Clair De Lune," which features vocals from Christine Hoberg (that one made a fan out of My Morning Jacket's Tom Blankenship). You can watch the videos for all four singles below.

The duo are on a North American tour now which passes through NYC this week for a show at Le Poisson Rouge on Wednesday (3/27) with Baio (of Vampire Weekend) and Friendly Greg, and again for a FIXED/Verboten party on Saturday (3/30) at SRB Brooklyn (177 2nd Ave) with Tensnake, Light Year and FIXED regulars JDH & Dave P on the boards. Tickets for the LPR show and the FIXED show are on sale now.

All dates are listed, along with those videos, below...

Flight Facilities - "With You" (feat. Grovesnor)