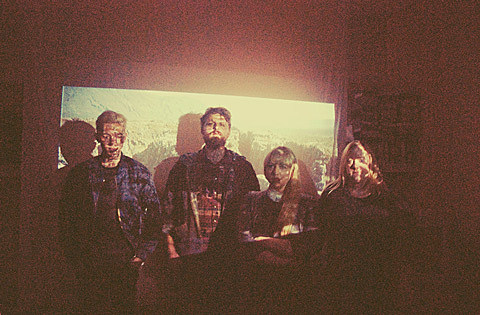 Adelaide, Australia's Fair Maiden make spare, folky rock with sisters Ellen Carey and Steph Crase's spookly/ethereal vocals swirling near the forefront. The band released their self-titled debut late last year via Fire/Bedroom Suck and you can stream the whole thing below. The album's third single is the lovely "Poison" and there's a new video for it which was "shot, edited and graded" by Crayon Fields frontman (and solo artist) Geoffrey O'Connor and it makes its premiere in this post. Its purple hues match the songs dusty vibe quite well. Watch it below.