Austra at the BV Day Party (more by Amanda Hatfield) 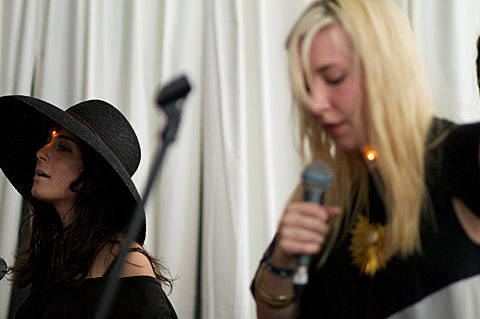 Austra did quite a bit of damage at SXSW, logging a few shows including a BV Day Party at Swan Dive and the official Domino showcase at Emo's. One of our collective SXSW faves, the band's debut is due on Domino on May 16th which is around the time the Canadian band will head out on a short tour that includes a NYC Show at Mercury Lounge on May 23rd Tickets for the small show go on sale today at noon.

All dates with some songs and videos, below...