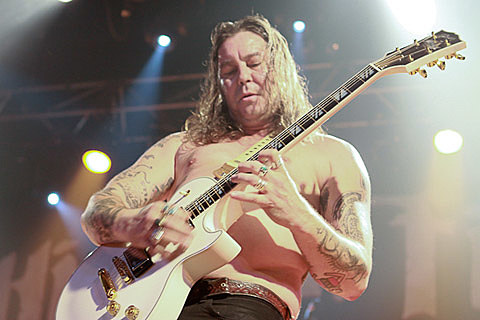 Writer/photographer Laina Dawes has just released her new book, WHAT ARE YOU DOING HERE? A Black Woman's Life and Liberation in Heavy Metal. The book recounts her journey as a black woman in heavy metal and examines these genres with respect to racial and gender issues. Its a fascinating read, and available now via Bazillion Points. Reccommended.

Laina has seen her fair share of shows this year and as such, we asked her to chime in on her favorites of 2012. Her thoughts and photos are below.

Van Halen, Toronto
I was too young to see the original lineup and while slightly disappointed that Marc Anthony is no longer in the band, I wanted see David Lee Roth in action. Plus, this was the only show this year I could convince my friends to come with me. Were Lee Roth's joints a tad rusty? Yes. Was he still able to hit those high notes in "Running with the Devil?" Just about. The setlist was full of the oldies, the crowd was appreciative and Eddie Van Halen has this totally bizarre grin on his face for the duration of their 2+ hour set. Mad props go out to the consummate performer and a great night of nostalgia (I'm conveniently forgetting about their new material). 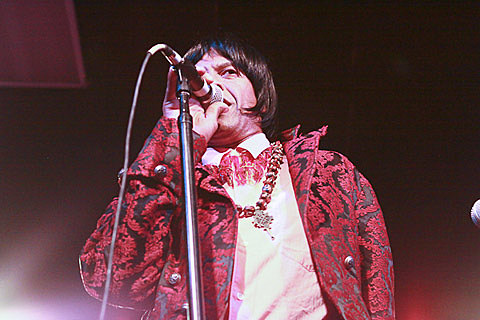 Seeing Fishbone always pisses me off. The level of musicianship, singer Angelo Moore's mesmerizing and eccentric stage presence and the effortless execution of their funky fusion of punk, ska and metal always makes me wonder (okay, okay I know the reason) why these dudes haven't reached the pinnacle of success like some of their less-talented LA colleagues have. The spot was tight and sweaty, our weaves got frizzy, but for a band whose live dates have been relatively spotty for the last couple of years, from beginning to end they were at the top of their game.

Lo-Pan / High on Fire, Toronto
In writing this, I realized that I didn't allow much time this year to discover relatively new bands outside of being assigned albums to review, so being able to catch openers Lo-Pan, which I sincerely hope to see again. This was simply a well-curated show, even though it was a diverse collection of musical styles that while on paper they might have not made sense, but it brought out a diverse crowd and I'm sure that people were turned onto bands that they would have not bothered to listen to before. I was especially psyched to see High on Fire for the fourth time and to see a sober and relatively healthy Matt Pike play like he was on fire (and the tracks from The Art of Self-Defense, my favorite album, was a bonus). 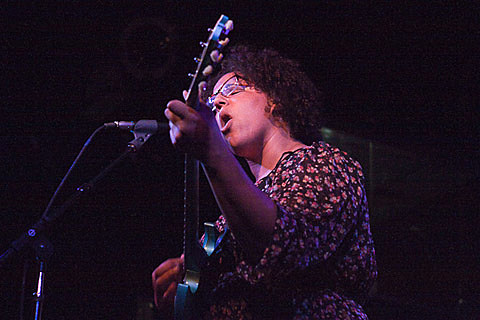 While this performance was excellent - openers Lee Bains and the Glory Fires were incredible - this show reminded me of why I prefer metal / hardcore shows. At those the music is usually so loud that you don't hear much, most notably in this instance the racially tinged catcalls from the audience directed at singer Brittany Howard. Even though she is supremely talented and puts her all into her performance, I would never, ever trade places with her. There would be blood on the floor....and not mine. However, putting that aside her rendition of "Boys and Girls" was tear-jerkingly awesome.

Willis Earle Beale, Toronto
Okay, this one was totally bizarre. Beale is pretty eccentric. He looked like Wesley Snipes circa 1990 with a high-top fade with Wrangler mom-jeans and he was wearing these nasty oversized leather gloves, as though he was planning to do a B&E right after the show. But man he belted it out - shouting and stomping, bringing some CHURCH to the throngs of young, Zooey Deschanel-type white women wearing those oversized black glasses who were leaning over the edge of the stage, trying to give him a peek of their wares. It was a brief set but it really resonated with me, as I wondered how far outside of the Pitchfork crowd his music will touch. For his sake I wish him continued success because his music like his presence, while not everyone's cup of tea, is special. 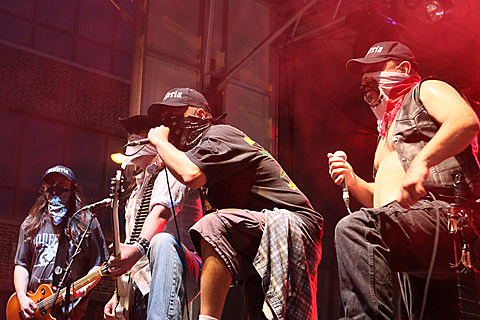 I had heard of the band, but essentially knew nothing about them before seeing them at this year's Maryland Deathfest (MDF) and was pleasantly surprised to see Napalm Death's Shane Embury playing guitar with a cheap handkerchief over his face. This show was simply a lot of fun. People were going totally nuts and it was cool to see Mexican flags (which in hindsight, took me a few minutes to figure out why) frantically waving in the air and there was some serious groove to their music that to me, seemed on the edge of hip-hop which made everyone want to shake their rump - whether they had one or not. (Pic) 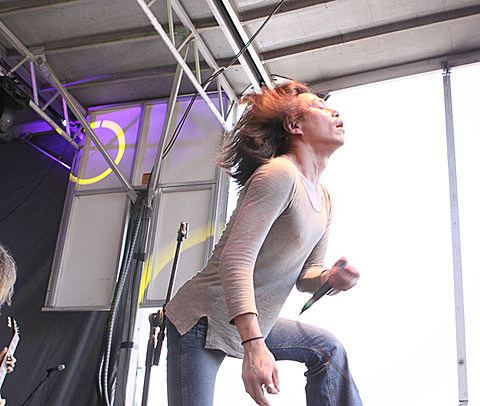 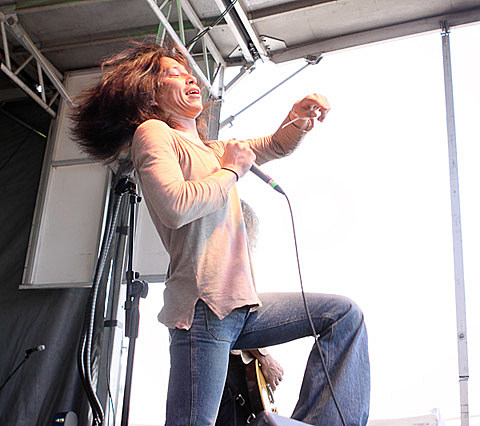 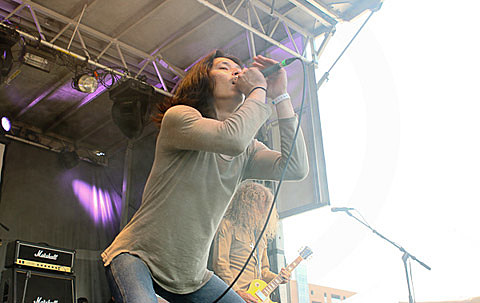 One of those bands I'd thought I would never see live - ever. I don't think they have ever played in Canada, so I was especially looking forward to seeing them at MDF and just like Brujeria, I had to resist the urge to 'drop it like its hot' in the photo pit. Goddamn! Vocalist Hideki Fukasawa is sexy as hell...in this Marc Bolan way, hips gyrating and early on in the set he slowly dry-humped his Moog synthesizer. Interesting. Performing a lot of material from Master of Brutality and my favorite album, The Second Coming, I was able to cross that band off my mental list of bands to see before I die. Awesome.

Krallice, Brooklyn
I happened to be in NYC this summer to cover the Afropunk Festival and after a day of listening to some not-so-great music, I was psyched to check out the album release party for Krallice's latest, Years Past Matter. The reason why this was one of my favorite shows was based on a combination of things: The music, of course, as I'm a fan, seeing them for the first time a few years ago and I'm also a fan of Mick Barr's solo work; the venue, as Saint Vitus is a pretty unpretentious place to see a show; and the fact that despite the venue not being the largest, the sound was fantastic and it was a really good turnout. 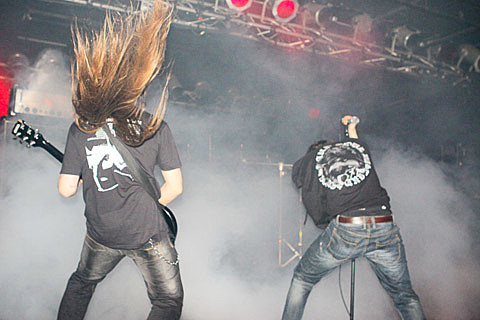 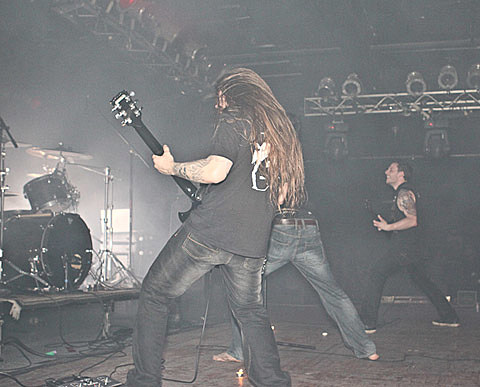 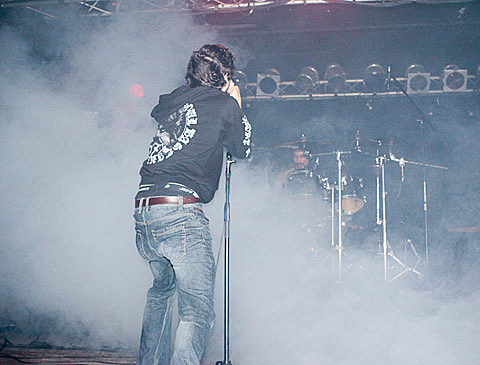 Like the first time I saw Watain and Ghost, my initial reaction when walking into the smoke-filled humid venue to see Dragged into Sunlight was, what the fuck? With their backs to the audience, a candelabra and skull from some animal (I hope) on the stage, it took a few seconds to get used to the blistering riffage and the reverb from the drums. However, I was able to get to the side of the stage, initially so see what they looked like and was immediately mesmerized by the drummer - if you haven't seen this guy play, do so as soon as you can. As soon as I got back to Toronto I downloaded (legally) Hatred for Mankind and listened to it on repeat for months.

Jucifer, Toronto
I don't know how Amber and Edgar do it. Road warriors who eschew the comforts of a permanent residence, hauling god knows how many pounds of cabinets from show to show. Despite the sweltering summer heat, the duo performed the best set I've ever seen them do. This performance was the first time I really noticed the symmetry between them, as they never had to look at each other to sense their next move. Perfectly choreographed with their lighting that accented every nuance, the tone was so incredibly heavy that because I misplaced my earplugs, I had to put in my earbuds from my iPhone to get through the set. I probably looked like a dork, but it was so overwhelmingly powerful, I didn't care.