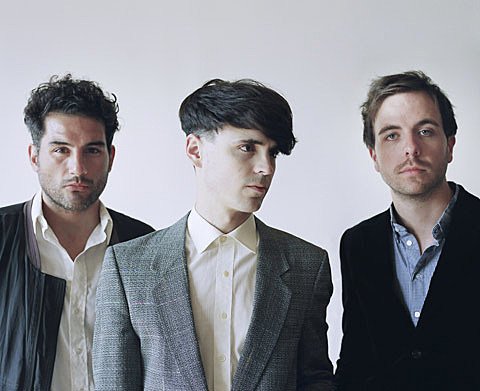 I'm not sure I understand the differences between darkwave, coldwave, minimal wave, minimal synth and what have you, but am a fan of the bands and scene to whom they owe a debt. (Think early Mute Records, OMD, Dalek I Love You, French New Wave, etc) The problem with a some of it for me -- and it's a problem with many sonically-specific genres -- is that aesthetics can come before songcraft.

Not so with Montreal's Automelodi who most definitely are channeling 1981 but have songs as well-crafted as their haircuts. I heard them for the first time last November while attending M for Montreal and have been listening to their self-released EP ever since. A couple of those EP tracks have resurfaced on Automelodi's debut which was released last week on Wierd Records, which is kind of the label for this scene. Main man Xavier Paradis knows his way around a hook, and fleshes the production out just enough to keep things interesting. That most of the songs are in French adds to the sophisticated, enigmatic vibe. It's a solid album start-to-finish. Have a listen to "Buanderie Jazz" at the top of this post and there's a video for "Schéma Corporel" below. 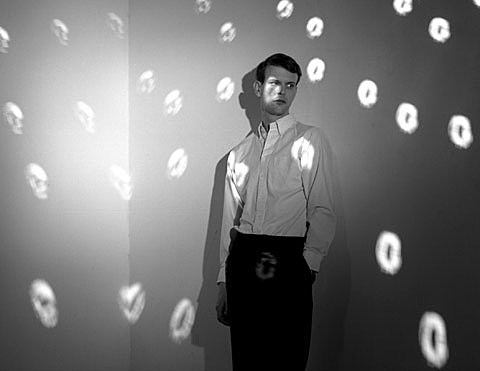 The Home Sweet Home show is part of the long-running Wierd night; The Glasslands show is a record release party that also features Martial Canterel (Sean McBride of Xeno and Oaklander) whose new album will be out on Wierd in November. Until then you can check out "Windscreen" which is from Wierd Compilation Volume II: Analogue Electronic Music 2008.

Dates, flyer and a video below... 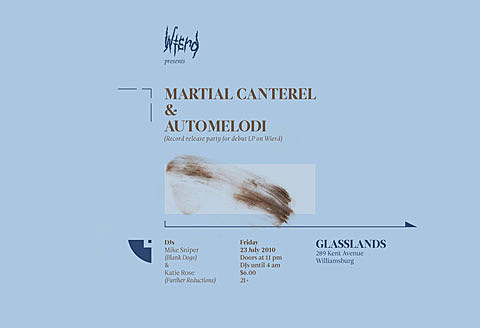