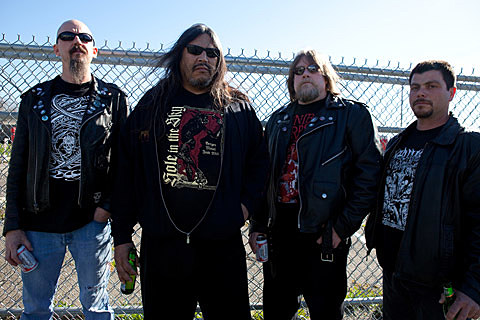 Talk about a rollercoaster! After issuing the putrid slab of depravity known as Dawn Of Inhumanity last year, Chris Reifert of Abscess announced two things in one fell swoop: first that he was dissolving Abscess in the wake of guitarist Clint Bower's departure, and second that he was reforming the legendary Autopsy as his main endeavor. The influential death metal band played multiple European festival appearances following a return performance at Maryland Death Fest, and with the solidification of the lineup (original members Reifert, Coralles & Cutler with Joe Trevisano of Abscess/Von), it is now clear: Autopsy is not fucking around.

After a warning shot was fired across the bow in the form of the sublimely grotesque 2010 EP The Tomb Within, Autopsy hit the studio again in January to fiendishly plot their follow-up and first LP in 16 years, Macabre Eternal. The new LP is now officially up for preorder via Peaceville, and sees Autopsy return to their blood-crusted throne as one of the godfathers of Death Metal (along with a few select others, including Reifert's previous band Death). With Macabre Eternal on deck (5/16 on vinyl, 5/20 on CD), Autopsy has released a track from the LP to stream, and it makes its world premiere here. I dare you to not shake your fist in excitement at "Always About To Die", available below for the first time.

Autopsy has a few US shows planned for this year, and all are festival dates. The first goes down as part of Chaos In Tejas in Austin in June (tickets) alongside names like Kriegshog, Youth Of Today, Larm, Killing Joke, FYP and others, while the other two go down in the band's homebase of sunny California. Autopsy will headline both the Slaughter By The Water II in Richmond, CA on June 25th (with Nuclear Assault, Ludicra, Whiplash and others) as well as Gathering of the Bestial Legion V in Los Angeles on August 27th. The band plays Neurotic Deathfest in Tilburg this weekend with At The Gates.

All tour dates, the song stream, and some video is below. 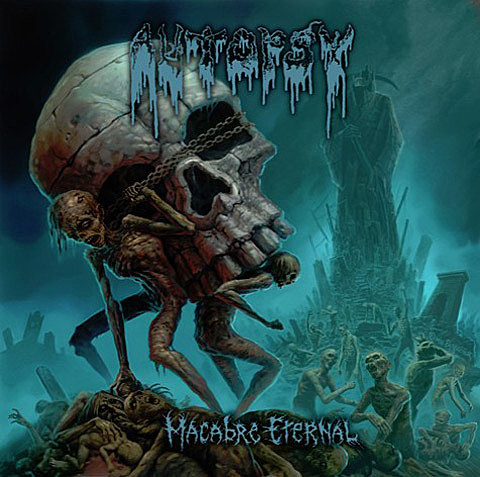 and here's a classic track for you to DOWNLOAD: Autopsy - "Severed Survival" (MP3)

Autopsy - My Corpse Shall Rise (from The Tomb Within)

Autopsy - The Tomb Within promo video