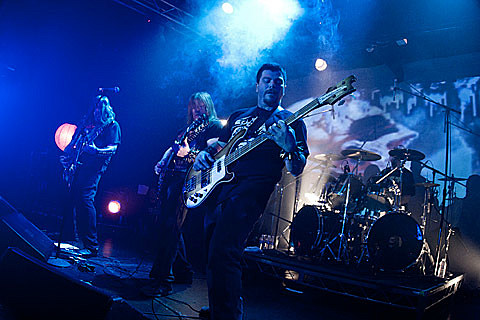 I am beyond proud to present the return of AUTOPSY for their first show in NYC in 19 years! The band will do a pair of east coast dates that will include a stop in NYC on May 4th and another in Chicago on May 5. Look for the band at The Bell House on May 4th, joined by support from Funebrarum (their first NYC show in six years), Unearthly Trance and Undergang. Tickets are on sale for this BV/Order of The Serpent event. The show will be the band's ONLY NYC date, and their last for who knows how long....

Autopsy also plays a sold-out night at Maryland Deathfest and will also head overseas to play the Inferno Festival in Norway over Easter weekend along with Bolt Fest, a UK festival featuring Bolt Thrower, Discharge, Benediction and Vallenfyre.

Crusty-death metal crew Undergang, who recently impressed at a string of dates that included Chaos in Tejas and just returned from a successful European tour with Funebrarum, will make the trek from Denmark (!) for the Brooklyn show. No word on if that will translate into additional shows though... we'll keep you up to date.

All tour dates and a video for the title track from their recent All Tomorrow's Funerals is below... 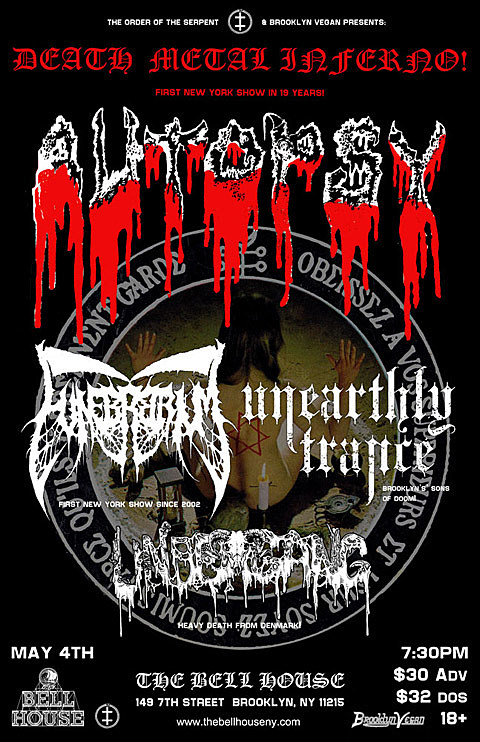