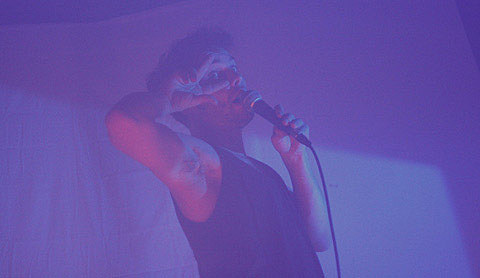 Autre Ne Veut will be "premiering the new band with a ton of new music" at tonight's show. His most recent release is 2011's Body EP, which you can stream in full below. Tonight's show is the last in a series of NYC shows Autre Ne Veut has been playing this month, like last week's Studio at Webster Hall show with Xeno & Oaklander and a Shea Stadium show with Beige and Physical Therapy. After that, he'll take a bit of a break before playing Warm Up at PS1 on August 11 with Evian Christ, Howse, Shlohmo, and Photek.

It's also the first NYC gig for LA's Don Froth, who will be sticking around for another NYC show at Tammany Hall on June 30. You can stream some of his tracks below.

Airbird (aka Joel Ford of Ford & Lopatin) released the Trust EP on Software last month, which you can stream a track from below.

Mykki Blanco (who also played UNO's last party at 285 Kent) released the Mykki Blanco & The Mutant Angels EP last month on UNO, and you can stream a track from that below.

The flier for tonight's show, all of those song streams and more below... 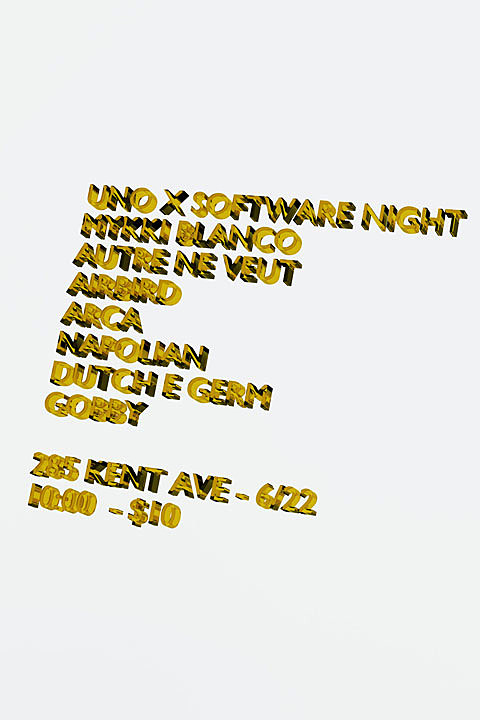 Mykki Blanco - "Head Is A Stone"