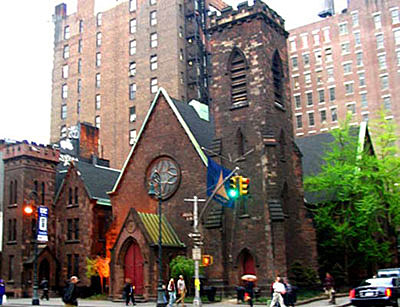 If you were around in the early 90's, you might remember Rock n' Roll Church at Limelight. Every Sunday night, rock fans (and Hell's Angels) took over the club that belonged to Michael Alig, club kids and ravers most other nights of the week. There was always a band, like Pearl Jam who played there on April 12, 1992. The goth Communion party on Tuesday nights had shows too.

Limelight closed amid scandal, reopened as another club, closed again, and reopened again as Avalon. Most people you talk to in the current club scene will tell you that Avalon is not doing too well as a nightclub. Crobar is king in that space, Pacha is opening in December, and of course there's Webster Hall. Avalon is not a venue you think of for live shows either. Occasionaly they have something. Like during CMJ. 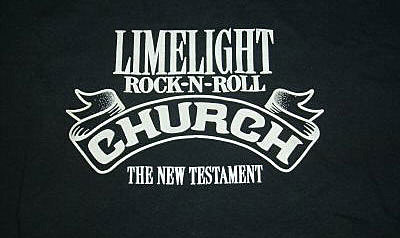 Anyway, my point is sort-of-just that Avalon/Limelight does have a history of shows. (possibly going back even further than I know). That brings me to my next point. In the very near future you might find yourself traveling to 20th St & 6th Ave for shows once again. In what looks like an attempt by Clear Channel to compete with Bowery Presents & Webster Hall, "Ron Delsener Presents and Avalon of New York City Announce New Partnership"....

"Ron Delsener Presents and Avalon of New York City are proud to announce a partnership to present live concerts at this top location for entertainment in New York. The club, located in the existing church space on 20th Street & 6th Ave, a historic landmark building in NYC, will soon be host to more than just the most exciting DJs and electronic acts in the world.

Beginning in January, Ron Delsener Presents will begin to present top names in both contemporary and cutting edge music at the already famous NYC nightclub. This will be the first time in the nightclub's history that it will primarily host touring music acts, yet it will still hold the trend setting parties and club nights it has previously been known for. In preparation to become one of the top rock clubs in the country, the Avalon has undergone both aesthetic and structural changes. The venue will also feature state of the art sound and lighting systems. Chris White, formerly of the program director of CMJ, has joined the team at Ron Delsener Presents as the talent buyer for Avalon." (thx Joey)