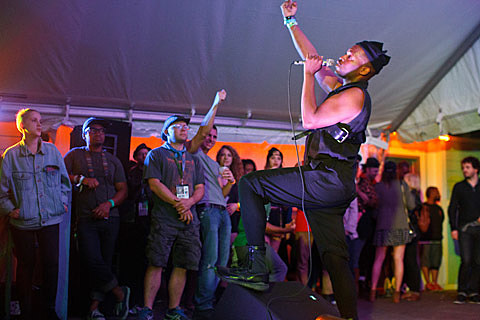 We recently discussed a number of Halloween shows happening in NYC, and here's one that we missed with three local artists. Synth funk crew AVAN LAVA will team up with the gothy Light Asylum and rapper Zebra Katz, whose super fun live show proves "Ima Read" is no one hit wonder. Tickets for this Halloween party are on sale now, and we're also giving away a pair. Details below.

Zebra Katz recently collaborated with sugar-high pop duo Icona Pop on a one-off single, "My Party," which you can stream below...