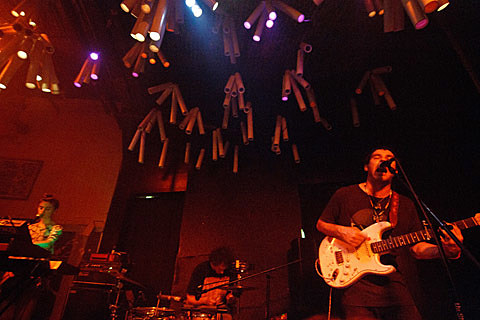 Animal Collective's Avey Tare has been playing with his band Avey Tare's Slasher Flicks (which also includes ex-Dirty Projectors member Angel Deradoorian and ex-Ponytail member Jeremy Hyman) for a while now, and they've finally announced their debut album, Enter the Slasher House, which is due out April 7 via Domino. They've also revealed the first single, "Little Fang," which you can listen to, along with the album artwork and tracklist, below.

Avey Tare's Slasher Flicks will also be going on a tour with another former Ponytail member, Dustin Wong, leading up to their appearance at Austin Psych Fest. That tour hits NYC on April 21 at Bowery Ballroom. Tickets for that show are not on sale yet, but you can check Ticketmaster for updates.

All dates are listed, along with the new song, artwork and tracklist, below... 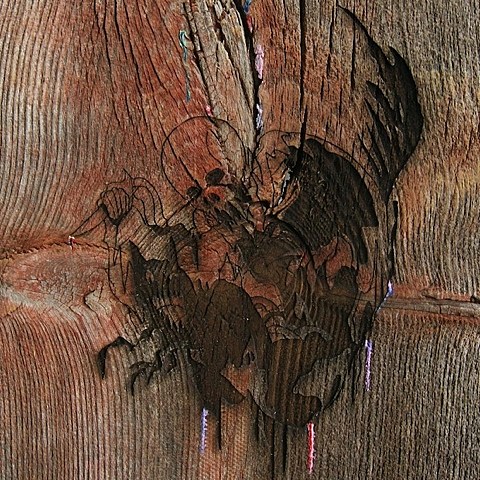