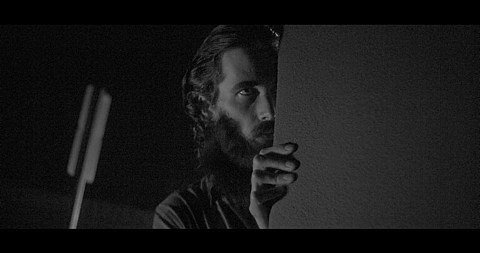 Animal Collective member Avey Tare put out the debut album with his band Avey Tare's Slasher Flicks earlier this year, and they've now made a short film for its song "Catchy (Was Contagious)." Here's what director Abigail Portner had to say about it:

I wanted to make a video that referenced old horror movies from the 1950s Universal horror era. I am obsessed with movies like The Third Man, Truffaut's 400 Blows and Ingmar Bergman's films. I wanted it to have the style of classic old LA so we used the LA river and the neighborhoods surrounding it as locations. The movie Them from the 1940s was shot on the LA river and I wanted it to have that feel also. Parts of Grease and Chinatown were filmed there too. The videos I make for Animal Collective and my own personal style is pretty specific so it was great to work with Giovanni because I feel like he just got it. We were on the same page thematically, reference-wise and with regards to the style of filming and our goal - to create something that has a classic, pretty 1950's feel to it but the undertone is still very dark.

The film looks pretty great and thanks in part go to Giovanni Ribisi who goes behind the camera here for his first Director of Photography credit. The short film makes its live premiere tonight before the band go on at the Haunted Hotel Bash at the Ace Hotel in LA, and you can watch it below.

Also for the occasion, Avey Tare's Slasher Flicks have made a Halloween-themed playlist which you can listen to here.

Avey Tare and fellow AnCo members Geologist and Deakin will be back in NYC when their DJ tour hits Brooklyn Bowl on November 14. The latter two members have also added another show to the AnCo DJ residency happening December 12 at the same venue. Tickets for both are on sale now. Updated dates are listed below.

And speaking of slasher flicks and short film music videos, Nobunny just put out a short slasher flick for his song "Nightmare Night."